Over the centuries, Great Britain has been at the forefront of global exploration. Our strong maritime tradition has seen our intrepid sailors charting new territories around the world. From the early forays into the new world by Sir Walter Raleigh, and the voyages in the Pacific and the newly discovered Australia and New Zealand under Captain James Cook through to the Victorian discoveries in the African continent under Livingstone and Burton, we have long punched way above our weight as a relatively small island.

Large quantities of tribal and other artefacts were brought back from these voyages, often by naval and military personnel as well as colonial administrators. In subsequent years much of this material has languished gathering dust and unappreciated in cupboards and attics. It is a paradox that despite this rich heritage, the British have lagged behind both Northern Europe and North America in collecting and cherishing these often visually stunning pieces of history. The last few years, however, have seen a huge rise in interest in tribal pieces, not least because they look fantastic in the currently fashionable contemporary interiors.

Most of our auctions include a tribal element.  From ceremonial African masks, often used in ritualistic dances and initiation ceremonies, through to Australian boomerangs or Sioux Tribe beaded moccasins, we aim to offer a selection of authentic individual pieces showcasing the diversity of art from virtually every continent at different levels of the market, from the extremely rare to the very decorative. 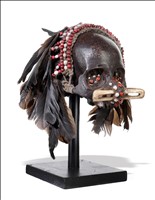 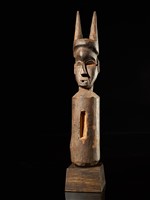 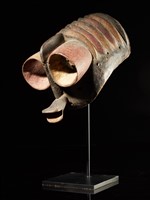