The 6th Evolution sale starts with a bang!

Recent Research at the McMaster University in Canada and the Max Planck Institute in
Germany concluded that Life on Earth began after meteorites splashed into warm little
ponds and leached them with essential elements between 3.7 and 4.5 billion years ago.
They based this on exhaustive research and calculations drawing in aspects of
astrophysics, geology, chemistry, biology and other disciplines. As a result this year's
Evolution sale at Summers Place Autions on Tuesday, 20th November will be focusing on
meteorites.

Often known as shooting or falling stars, due to the fireball that occurs when the
meteoroid passes through the atmosphere and often accompanied by a sonic boom, a
meteorite is a solid piece of debris that originates in outer space and survives its passage
through the atmosphere to reach the surface of a planet or moon. They have played a big
part in our history – the first iron had not been found in the earth and smelted but had in
fact come out of this world. Meteorites were seen as precious, almost cult-like objects and
considered of high value.

There are about 1400 known specimens in the world's collections, but meteorites have
become attractive to researchers and collectors alike. They are strictly categorised and
divided into three groups of stone, iron and stony-iron meteorites. Only 6% are iron
meteorites and the Evolution auction will include four particularly fine examples.
A colossal Gibeon meteorite from the Namibian desert, which weighs an extraordinary
93kg (52 x 25 x 24 cm), carries an estimate of £40,000-60,000, whilst a slightly smaller
meteorite piece from the same region (46 x 32 x 22 cm) and weighing 63kg ist estimated
to fetch £30,000-50,000. 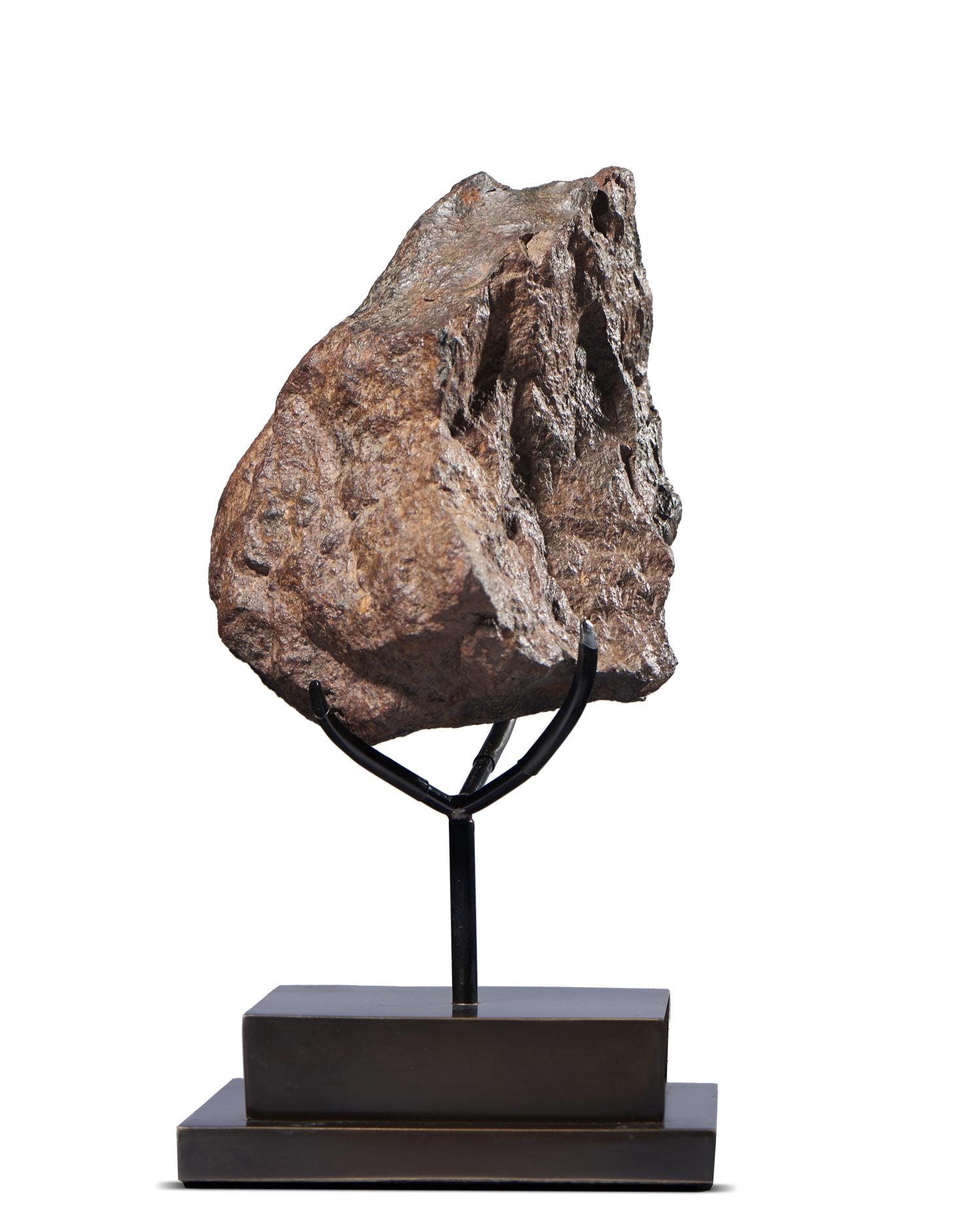 A very large Muonionalusta meteorite fragment from Northern Scandinavia is also included
in the sale. This particularly large piece (23cm high by 40cm long by 26cm deep) had not
been cleaned since its discovery and has been through four seperate Ice Ages since its fall
to earth about one million years ago and as a result has a heavily weathered surface. It
weighs 69.9 kg and is estimated at £25,000-40,000. 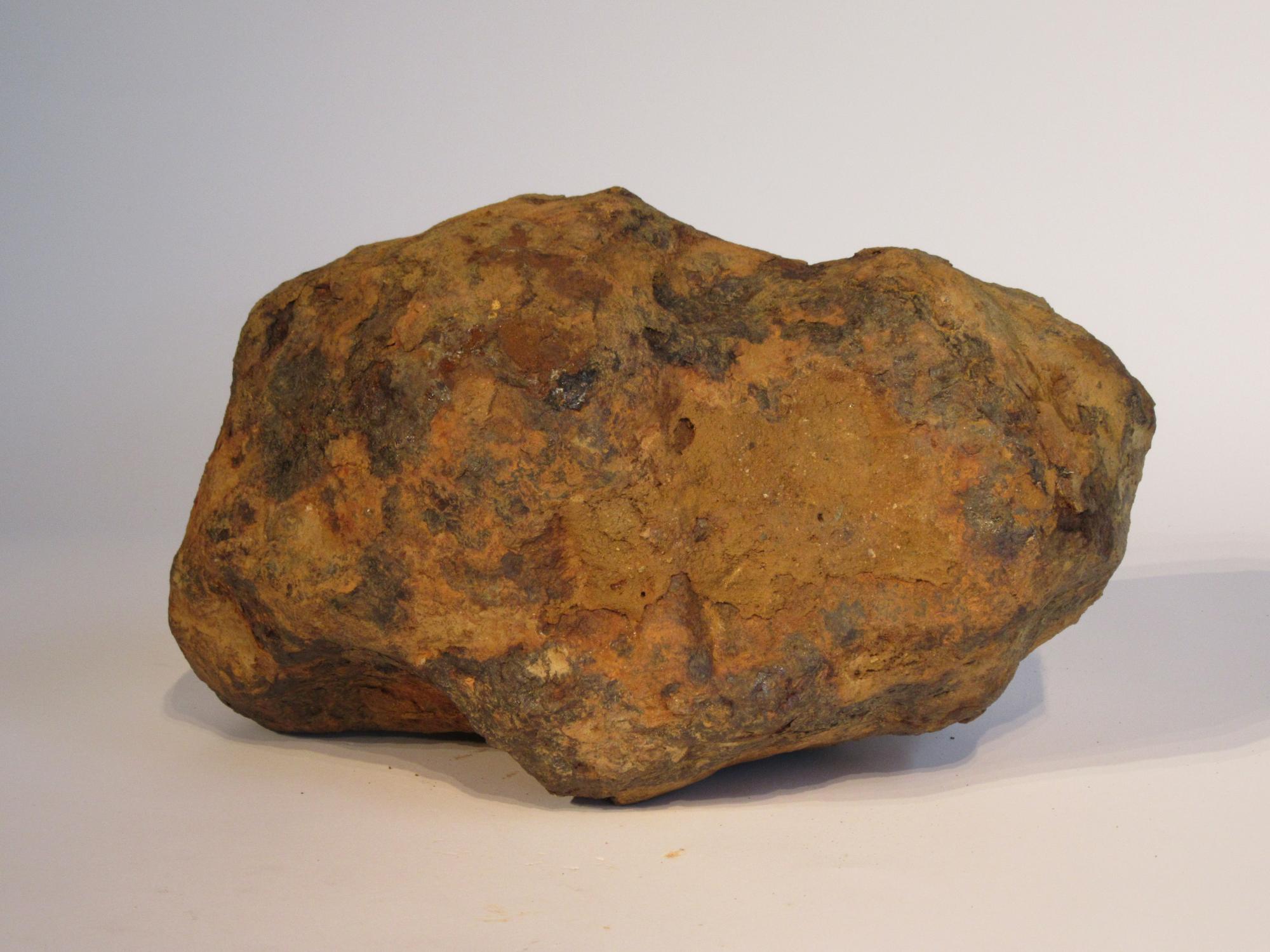 Meteorites are by far the oldest material available on the planet, but they are fairly
vulnerable and water, salt and oxygen attack them and weather them, hence they change
their surface and there are distinct differences between meteorites depending on where
they have been found and under which conditions.

Meteorites may have started life on earth, but one of the leading theories of mass
extinction, the demise of the dinosaurs, also concludes that it coincided with a large
meteorite impact - the Cretaceous-Paleogene extinction event which occured 66 million
years ago.

Meteorite falls also led to cultish worship. One of the Seven Wonders of the Ancient World,
the Temple of Artemis at Ephesus, reportedly included a sacred, black stone enshrined in
the temple, while the black stone set in the wall of the Kaaba has often been presumed to
be a meteorite.

The oldest known iron artifacts – nine small beads hammered from meteoric iron – were
found in northern Egypt and securely dated to 3200 BC, and were indeed made long
before the Iron Age. Egyptian hieroglyphics even referred to iron as being 'from the sky'
and Egyptian pharaoh Tutankhamun, who died in 1324 BC, was buried with an iron
headrest, bracelet, and dagger from three different meteorites. Some Native Americans
treated meteorites as ceremonial objects and the Indigenous peoples used iron-nickel
meteorites as a source of iron metal.

One of the earliest known human finds of a meteorite in Europe seems to have been in
the UK, where a stone meteorite was uncovered during an archaeological dig at Danebury
Iron Age hillfort in the 1970s. The fact that it was found deposited part way down in an
Iron Age pit (c. 1200 BC) suggests it must have been deliberately placed there. The
largest single meteorite recorded ever to be found weighed 66-tons.
Scientific documentation only began in the last few centuries, but two of the oldest
recorded meteorite falls in Europe were in Elbogen (1400) and Ensisheim (1492) and the
German phycisist, Ernst Florens Chladni, was the first to published the idea that
meteorites were rocks from space (1794), but it met with resistance from the European
scientific community. Confucius, however, seems to have made the connection between
the streak in the sky and the rock in the ground when he made the first description of a
meteorite fall in 645 BC.

Other lots included in the auction are a rare and impressive Crinoid plaque which is 180cm
high and an equally impressive Green River plaque; 'Darwin, the Tortoise', a Moa
skeleton, a magnificent pair of whale jawbones, some fabulous Victorian bird taxidermy
and a wide selection of minerals and fossils.

For further information on the auction, please visit
www.summersplaceauctions.com or call 01403 331331. 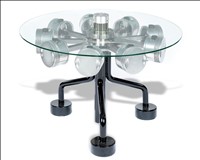