In March, to celebrate 30 years since the Berlin wall came down, we sold six 12 foot high sections of the Wall, weighing around 20 tons, spray painted with grafitti by the environmental artist Ben Wagin and bearing the scars of souvenir hunters chipping the surface of the concrete, for over £20,000

Continuing the Cold War theme, a 10 metre 1960’s Soviet rocket, similar to the one which shot down the American spy plane piloted by Gary Powers fetched over £10,000.

At the other end of the social spectrum, we offered three impressive Edwardian wrought iron entranceways from Easton Lodge, Essex, home of the socialist socialite, Daisy Greville, Countess of Warwick.  As well as being one of Edward VII’s mistresses, notable visitors to Easton Lodge included George Bernard Shaw, HG Wells, AA Milne and Charlie Chaplin. The house was severely damaged by a fire in 1918, reputedly started by the Countess’s pet monkey. Their historical importance was reflected in an overall price of nearly £90,000.

On a more traditional level, we sold a wide array of garden sculpture as well as natural history, however we pride ourselves on  sourcing  the rare and unusual so if you are looking for everything from a 20 foot bridge to a literally “out of this world” meteorite, we look forward to seeing you in 2020. 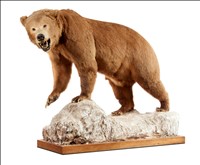 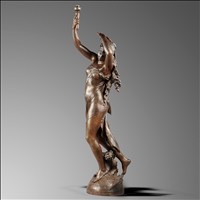 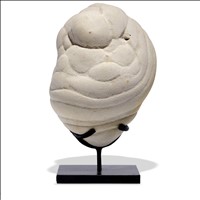