Opening with a roar!

The second “Conversation Pieces” auction will take place on Tuesday, 20th March & Wednesday, 21st March 2018 at Summers Place Auctions in Billingshurst, Sussex. After a successful first themed auction of this kind, this year's sale promises to include even more unusual and top quality pieces. 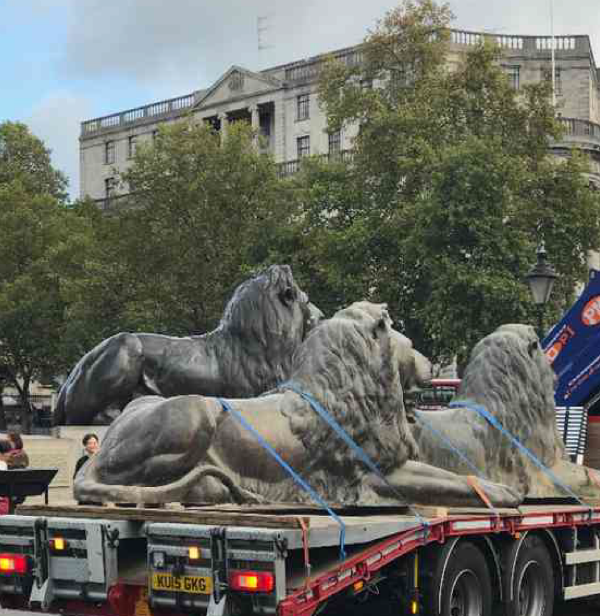 The highlight is undoubtedly the pair of monumental bronze lions after Sir Edwin Landseer. They are indeed identical in size to the famous Trafalgar Square ones, but were made in the late 20th century for Camden Lock Market. Sir Edwin Henry Landseer (1802-1873) was famous for his paintings and sculptures of animals, particularly horses, dogs and stags, but his best known work are the four bronze lions on the base of Nelson's column, which he was commissioned to make by the government in 1858 and they were installed in 1867. The 175cm high by 384cm long bronzes are expected to sell for £60,000-100,000.

The sale will also include some of the fantastic horse sculptures from Camden Market. They are expected to sell in the region of £20,000.

If rockets are more your thing, this auction includes a variety of objects which very much qualify as ultimate boys' toys. A rare SA-4 'Ganef' missile from circa 1968 is almost nine metres long and three metres wide. The 2K11 Krug (NATO code SA-4 Ganef) is a Sovietmade medium-range air defence missile. The development of the system started in 1958 and was first unveiled during a military parade in Moscow in May 1965. It reached speeds of up to Mach 4 and had an effective range of 50-55 km (31-34 miles) depending upon the version. It carried a 135 kg (300 lb) fragmentation warhead and is expected to sell for £15,000-25,000.

A CIAM/NASA wind tunnel test platform rocket from around 1980 is over three metres long and now mounted vertically on a granite base. Made in Russia's Central Institute of Aviation Motors (C.I.A.M), the largest aerospace engine testing facility in Europe, the model weighs approximately 110 pounds. An apparently identical model has been used in tests conducted at NASA's Langley Research Center Unitary Plan Wind Tunnel. It has been part of the Air and Space Collection of the scramjet rocket engineer Professor Alexander Roudakov and is estimated at £5,000-8,000.

An aluminium and upholstered seat created from the cowling of an RB211 jet engine, originally fitted to a Boeing 747 is 147cm high by 185cm wide by 104cm deep. The Rolls-Royce RB211 is a British family of high-bypass turbofan engines made by Rolls-Royce PLC. Entering service in 1972, it was the first production three-spool engine, and it was to turn Rolls-Royce from a significant player in the aero-engine industry into a global leader. It carries an estimate of £1,200-1,800.

Other quirky lots include an unusual child's fairground ride in the form of a camouflage painted Bren Gun carrier tank made of aluminium and converted to a coffee table – it could be in your home for £1,200-1,800. A painted wood passe-boule game board of Jafar the Grand Vizier of Agrabah in Aladdin is estimated at £300-500.

There are some real conversation pieces among the sculptures as well. A carved white marble group of Adam and Eve by Ernest Shone-Jones from 1953 on a stone pedestal is two metres high and estimated at £10,000-15,000. There are also two Bruno Locatelli bronzes included in the auction - "Le Bagnanti" (The Bathers) expected to fetch £8,000- 12,000 and "Donna al Vento" (Woman in the Wind) estimated at £5,000-8,000.

The Playing Leopards bronze by Mark Coreth, who enjoys a strong following in this country and who was brought up in Kenya, is expected to sell for £30,000-50,000. Barry Mason's stainless steel fountains are always a talking point and this one, Thales, a limited edition of 10 and over three metres high, carries an estimate of £3,000-5,000.

There will also be an opportunity to acquire a couple of bronze figures after the antique from the last quarter of the 19th century. The Medici Apollo or Apollino is a Roman copy of a Hellenistic sculpture of the adolescent god Apollo of the Apollo Lykeios type (estimate £5,000-8,000). It is now in the Uffizi, Florence. Much admired, it was extensively copied from the 17th century onwards and like the Dancing Faun, which is also included in this sale (£6,000-10,000), such copies of Greco-Roman statuary were popular among contemporary wealthy art collectors who wanted their own versions of ancient art seen during their travels in Europe and Greece, on what was known as the "grand tour."

An extremely rare carved Bathstone urn on a helix pierced and carved pedestal from circa 1840 is estimated at £6,000-10,000 and a pair of fine lead finials from France, from circa 1760 is estimated at £8,000-12,000. There is also a chance to buy a wonderful set of four Compton Pottery Apple Pattern pots from this local Art Guild, started by G.F. Watts' wife near Godalming, Surrey - it is estimated at £800-1,200.

Highlights among the Natural History part of the auction is a full mount Jaguar which is expected to sell for £5,000-8,000 and a ruby in fuchsite sphere and point from South India which is estimated at £1,600-2,500. A Dayak ancestor human skull, feathers, nose piece, seeds mounted on wooden stand is a real talking piece in any collection and carries an estimate of £2,000-3,000. A pair of Lapis Lazuli veneered table tops from the vein that has been continously quarried in Badakhsham in Afghanistan for over 3000 years will ensure admiration and are expected to sell for £5,000-8,000. 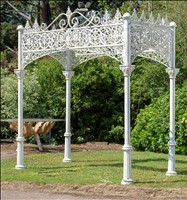