Historic Sundial to Headline October Sale
RARE HISTORIC SUNDIAL TO HEADLINE OCTOBER SALE
Summers Place Auctions next Sculpture and Design for the House & Garden Sale on the 21st
October will include a fine and rare double-horizontal brass sundial from circa 1690, which is
estimated to sell for £20,000 - 40,000. It will be of interest to anyone looking for a historic
highlight in their garden, but also for anyone with a keen interest in scientific instruments.

Sundials have been created since ancient times, but they became more complex and detailed
during the Renaissance from the late 1500s. The sundial included in the October sale, bearing the
Arms and motto of the Cornwallis family, is signed Henricus Wynne Londini Fecit and is inscribed
and constructed for latitude 52° 24' N. The sundial measures an impressive 69 cm (27 in) in
diameter and the dial plate is seated on three bronze bearings upon a 130 cm high Portland stone
plinth with octagonal top and four volute supports.

The Cornwallis double-horizontal sundial has a floreated gnomon, seated on a sheet-brass dial
plate, which is affixed to a cast-bronze base by means of 'hidden' rivets. The dial plate is engraved
with various scales and tables, the primary hour-scale in the outer ring being graduated in hourly,
ten-minute, five-minute and one-minute intervals, within which there are inner rings calibrated to
indicate direction in terms of azimuth or bearing. The signs of the zodiac are inscribed at their
respective intervals along these two arcs. At the east/west extremities of the projection there are
date-scales, graduated in months and days, whereby the date may be determined from an
observation. Conversely, the date being known, the sundial may be readily be orientated and
aligned in the meridian, without recourse to the more usual and protracted methods involved in
setting up an ordinary common or garden horizontal dial.

The double-horizontal sundial was the invention of the mathematician William Oughtred (1575-
1660). One of his friends and one of the most notable mathematical instrument makers of the day
was Ralph Greatorex (1625-1712). One of Greatorex's apprentices was Henry Wynne (fl. 1654-
1709), who, in turn, became well-known for the excellence of his instruments. Wynne was a
member of, and in 1690, Master of the Clockmaker's Company. He produced the finest and largest
(36-inch diameter) double-horizontal sundials, known in this country, which in themselves are
comparatively rare, since their construction requires a high degree of mathematical knowledge and
considerable skill in the accurate engraving of the planispheric projection. One of his dials was set
up on the terrace at Windsor Castle in the Reign of Charles II. (more detailed information below)
Other highlights of the sale so far, are a pair of extremely rare Coalbrookdale cast iron stag's head
basket planters on rustic pedestals. This extremely rare model was made around 1870 and is 117
cm (46 ins) high and is expected to fetch £5,000 – 8,000.

A rare Victorian carved white marble group of two water spaniels and a whippet, attributed to
William Grant Stevenson, is also included in the sale. Signed Stevenson and from circa 1870, the
Scot W.G. Stevenson was particularly known for his animalier pieces and this sculpture will have
been commissioned by a family to portrait its dogs. Interestingly, the marble separate into five
different sections so that the dogs may be viewed together or as individual groups. The sculpture
is estimated at £3,000 – 5,000. 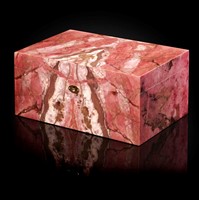