Since Summers Place Auctions has established itself as the leader in Natural History
sales, the specialists are constantly approached by potential sellers who want to part with
objects, which are related to Natural History in its widest sense.

Over the past year, some of the more weird and wonderful lots have been selected to form
a special 'Halloween' sale. An internet sale, which will be held just before this year's
Halloween festivities start – the sale ends on the 28th October, but bids can be made
from the 17th October.

So, if you are looking for the ultimate Halloween statement, Summers Place Auctions
may just be able to help and make your party the one everyone will be talking about.

There will be various skulls, fantasy animals and lots of film props ranging from the
amusing to the macabre. Some of the lots once used to belong to the Great Stromboli's
travelling circus – he toured the world with a collection of weird and wonderful objects.
A female vampire in a coffin made for the Great Stromboli, which formed part of his set,
could be yours for an estimated £1,500 – 2,000, as well as a Grim Reaper (est. £500 –
800) and a human skeleton known as 'Pirate Pete' and reputedly from the museum in Eton
(est. £2,000 – 3,000).

The sale will be fully illustrated on the website.

For further information on the auction, please visit
www.summersplaceauctions.com or call 01403 331331. For press information,
images or to interview the specialists, James Rylands or Rupert van der Werff

Notes to editors:
Summers Place Auctions are the world's leading auctioneers of Garden Statuary and
Natural History. The sales are held in the new award winning 5000sq ft gallery nestling
within 6 acres of walled gardens and the arboretum of the Victorian mansion, Summers
Place. Their specialist sales of Sculpture and Design for the House and Garden and Natural
History sales, including fossils, dinosaur materials, taxidermy and minerals, take place four
times a year. 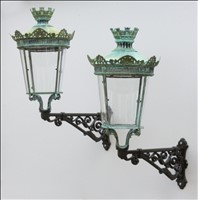