Summers Place Auctions starts the decade with an auction with the variety clients are now expecting from the auction house. The sale will have a 13th century window and contemporary friezes from Camden Market displayed next to fossils and minerals, rockets and contemporary sculpture. The live auction will take place at the Sussex auction house on Tuesday, 24th March and the sealed bid auction finishes on Wednesday, 25th March 2020.

The Camden bronze friezes come in four lots and bids can be left for all four or individual lots. They were all made in the late 20th century for the world-famous Camden Lock Market, one of London's most visited tourist attractions, but originally a horse hospital and warehouses close to Regent's Canal.

Another lot with an important London connection is an extremely rare Coade stone bust of Gerard de Visme. Mrs Coade produced the famous Coade stones in her Lambeth Manufactory. This 29cm high bust is of Gerard de Visme from 1793. He lived at Wimbledon Lodge, South Side, Wimbledon, which had been lavishly decorated in Coadestone. A French Huguenot born in London, he made his fortune in Portugal before returning to London, where he was partner in a banking firm. He died in 1797 and there are a few portraits of him in museums around the world. The bust is estimated to fetch £1,000-2,000. 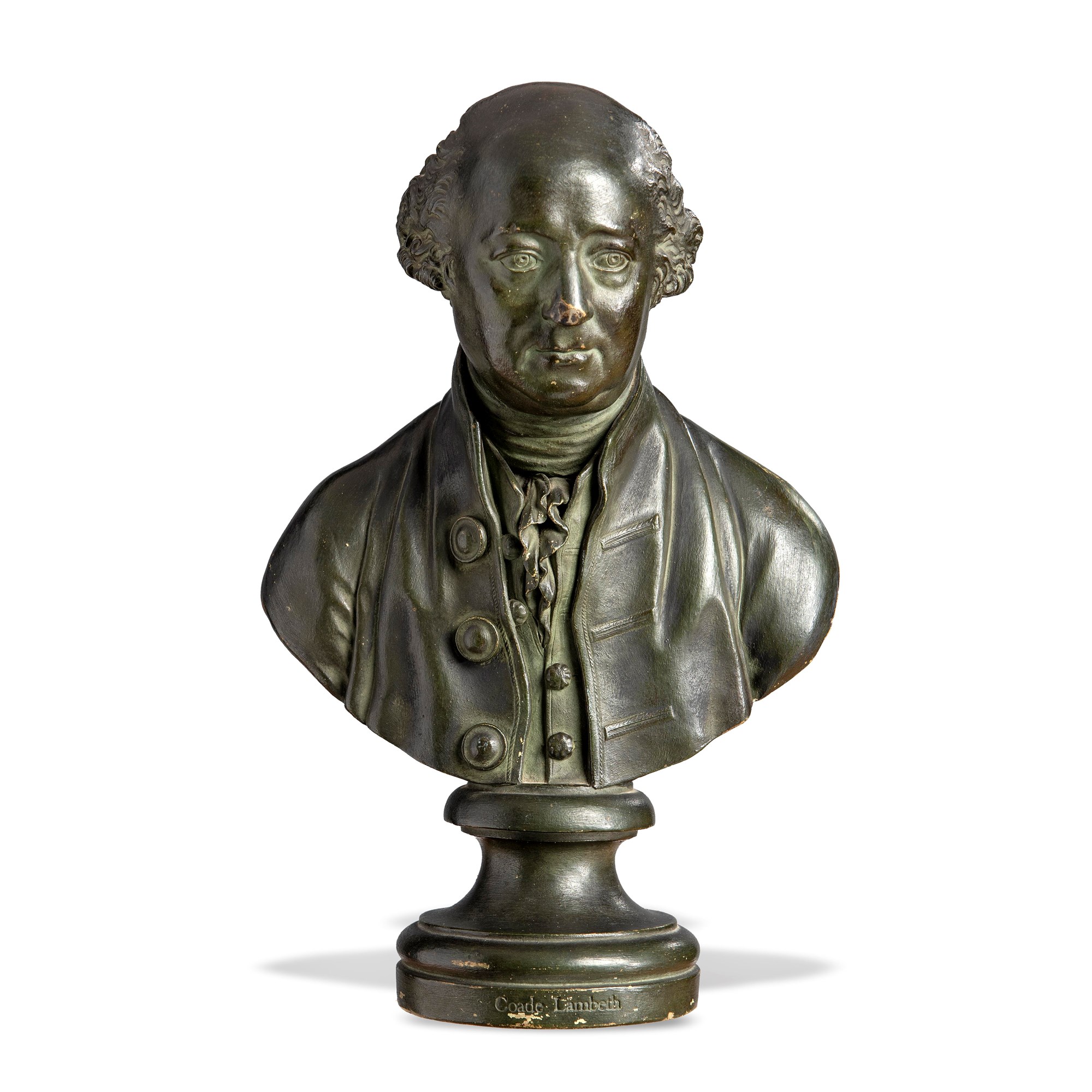 The auction includes a couple of carved white marble Medici urns, based on the famous urn first recorded in 1598 in the inventory of the Villa Medici, Rome, which was removed to Florence and soon entered the Uffizi where it remains today. The vase was one of the most popularly reproduced antiquities being copied in marble, bronze, terracotta, alabaster and biscuit and was commonly paired with the similarly shaped Borghese vase. It is believed that the original was executed in the second half of the first century A.D.  A late 19th century version, 186cm high overall, carries an estimate of £15,000-25,000, while a slightly earlier version is include in the sale for £2,000-4,000.

A medieval carved stone Gothic window, probably 13th century, is estimated £1,200-1,800 and measures 98cm high by 41cm wide. An early 20th century, important life-size lead figure of Hygieia by Bromsgrove Guild, modelled by Charles Bonnet, stands 196cm high and carries an estimate of £30,000-50,000. The Bromsgrove Guild of Applied Arts was established in 1894 by Walter Gilbert who took over a foundry in Bromsgrove, Worcestershire. It was first involved with decorative ironwork, but the foundry's most famous commission must undoubtedly be the iron and bronze gates outside Buckingham Palace. The modeller of this statue, Charles Bonnet, was originally from Barcelona and although this rare figure does not appear to have been illustrated in any of Bromsgrove Guild's literature, the only other known example of this figure was commissioned for the garden of Chequers, which was originally the Buckinghamshire mansion belonging to Lord Lee, who presented the house to the nation in 1917 as a country residence for the use of future Prime Ministers. It still stands on the lawn in front of the main entrance to the house. More modern sculptures include Giles Penny's Man on Bench from 2014 and bronze 2/2, is 1.8 metres long and is expected to fetch £35,000-50,000 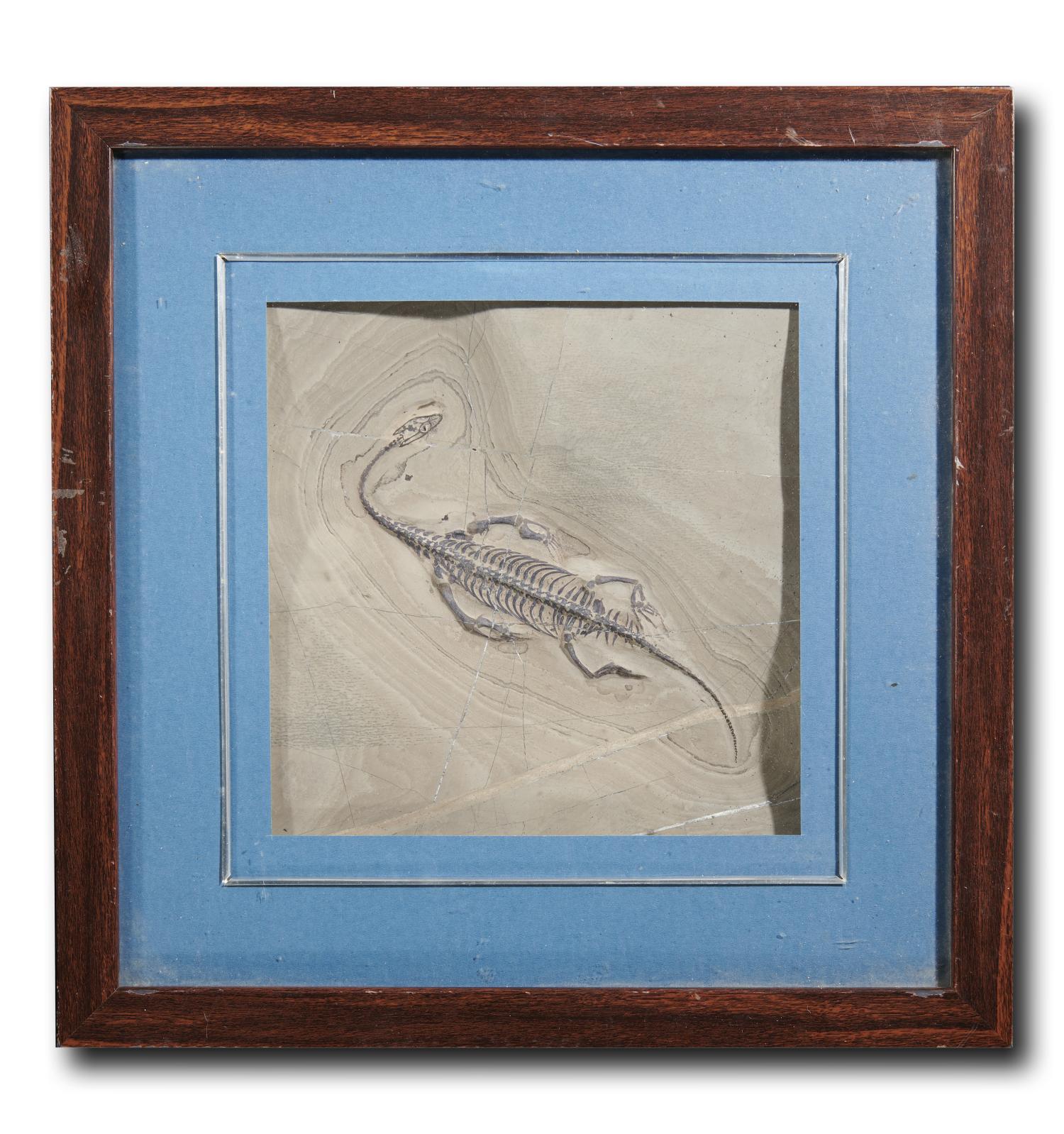 Summers Place Auctions now inlcude fossils, minerals and meteorites in most of the sales in addition to the Evolution Auction, and the Spring sale includes a beautiful dragonfly fossil (estimate £1,000-1,500), a rare butterfly fossil (est. £3,000-5,000), a very rare spider fossil (est. £3,000-5,000) and a framed Keichosaur fossil; the small aquatic reptile was the ancestor of the Plesiosaurus (est. £800-1,200) – all originally found in China. A Campo del Cielo meteorite is 30cm high and from an old collection from Uruguay formed in the 1970's, then in an Italian collection until 2018. It carries an estimate of £7,000-10,000.
Among the decorative items included in the March sale is a 1940s G.E.C. Industrial Flame Proof Tripod Light, a fine example of classic British lighting design, which would have been used to illuminate the factory floor at Rolls Royce when they built the Merlin engine, which powered the Lancaster Bomber, the Spitfire and the Mustang (estimate £1,200-1,500).

A rare Lavochkin V-751 experimental flying laboratory from 1960 which is an impressive 10.9 metres long and estimated at £8,000-12,000. This rocket is part of the S-75 family of rockets which were developed in the late 1950's in response to combat America's long range bombers. The S-75 and its many variants provided much of the air defence of the Soviet Union and numerous other countries which adopted it. Perhaps its most famous
moment was the shooting down of Gary Powers U-2 spy plane in 1960. Continuing in the Cold War theme is a monumental carved sandstone figure of Vasily Ivanovich Chapaev, hero of the Russian revolution, which originally stood on the roof of the Communist headquarters in Prague. Standing an impressive 250cms high, it carries an estimate of £25,000-40,000.

A pair of large and impressive Compton Potters Art Guild terracotta planters from the early 20th century are estimated at £1,000-1,500. Liberty's was one of their stockists and they received architectural commissions from famous architects like Lutyens. There are also some unusual Arts & Crafts bronze door knockers included in the sale estimated at £300-500. Among other garden lots is a rare Coalbrookdale Passion Flower pattern cast iron seat, from the last quarter of the 19th century. It is stamped with model number 74 and registration number and 190cm wide and its design was registered and patented at the Public Records Office on 8th February 1862 (est. £4,000-6,000).  Some impressive highlights for the home include a 1970’s Italian glass chandelier which is 240cm high by 200 wide and used to be in 50 St James's Street, the Mayfair gambling club. It carries an estimate of £20,000-30,000.

There is certainly a trend to introduce minerals and fossils into contemporary living and a massive imperial jasper freeform from Madagascar, standing 58cm high, is estimated at £4,000-6,000 and is a fine example as is an ammonite block on a metal stand carries an estimate of £1,000-1,500.

For more press information, images or to interview one of the specialists, please contact Silke Lohmann:
silke@exclamationpr.co.uk or 07932 618754.
For further information on the auction, please visit
www.summersplaceauctions.com or call 01403 331331. 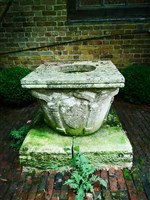