From Canoes to Chandeliers

Summers Place Auctions next sale will take place on Tuesday, 1st October with the sealed bid sale closing on the 2nd October 2019 and includes many decorative items for the outdoors as well as indoors. 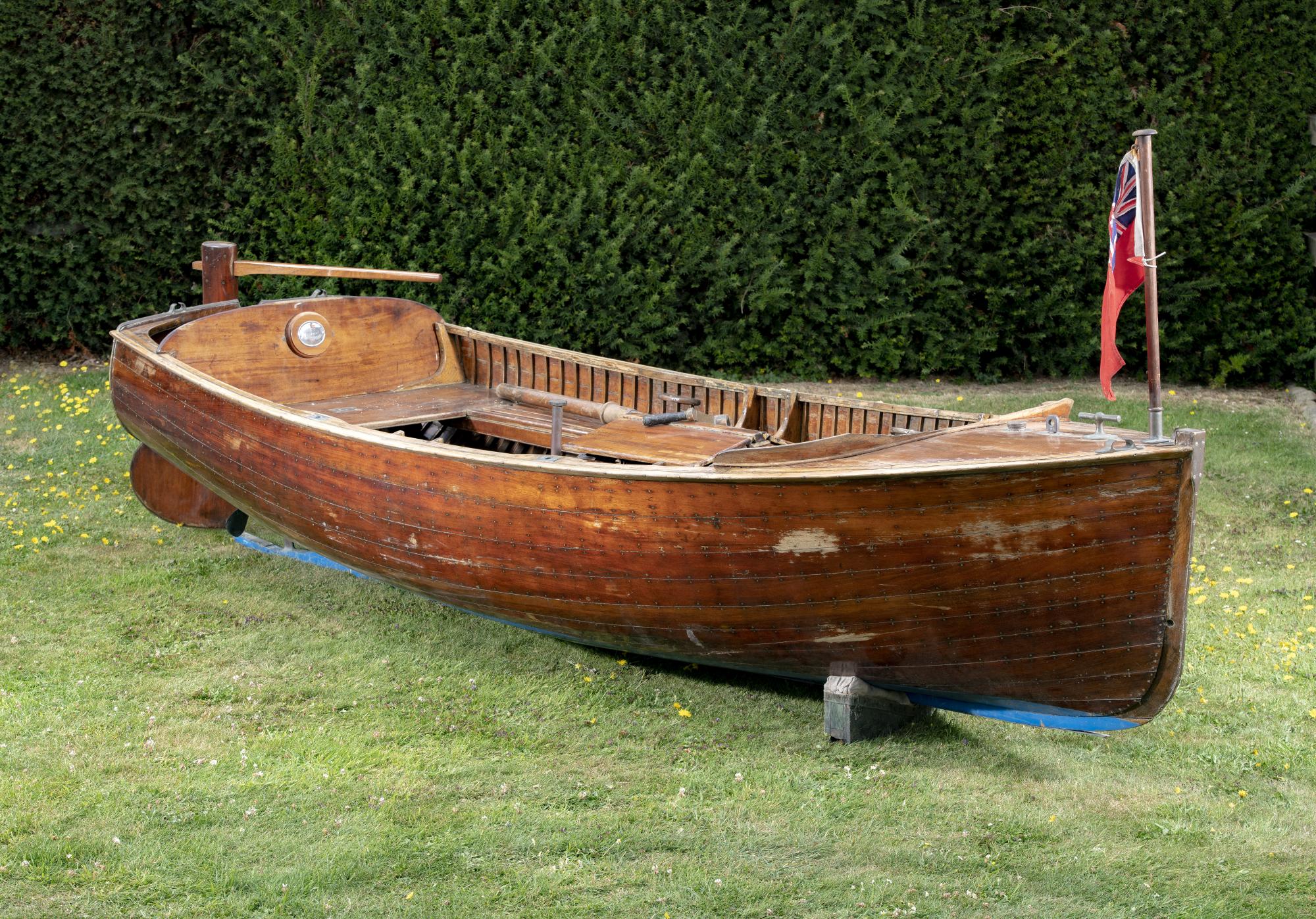 A first for the auction house is the sale of a collection of boats, which had been in private ownership for several decades and spanning a period of fifty years in boatbuilding. They include a mahogany hulled day launch built by Morgan Giles Ltd (Devon) in the 1920's. In 1990 it was in use in Windermere and has a Stuart Turner engine as well as two oars and is an impressive 320 cm long. Francis Charles Morgan-Giles (1883-1964) was a boatdesigner and builder from Devon, England. He built rowing boats, dinghies, yachts and large motor cruisers. His boats were known for their high quality, elegance andcraftsmanship and this fine example is estimated at £1500-2500.

Also in the collection are five North American and Canadian canoes, the oldest dating to the early 20th century. Included are cedar strip and canvas covered examples by the Lakefield Canoe Company in Ontario and the The Old Town Canoe Company, a historic maker of canoes in Old Town, Maine. Each carries an estimate of £800-1200.

Also relating to water sports and to anyone into fishing, Izaac Walton will probably be known to them as the author of The Compleat Angler. Written in 1653, it is a pastoral discourse on the joys and stratagems of fishing that has been one of the most frequently reprinted books in English literature. After the restoration of the monarchy in 1660, one of Walton's Royalist friends was made bishop of Winchester and offered Walton residence in his palace, where he stayed for the rest of his life in 1683. A rare Georgian carved sandstone panel of Walton from the late 18th century is reputedly from a public houseclose to the palace and it was standing on the riverbank, originally holding a fishing rod and net. At an impressive 170cm high by 98cm wide, it is expected to sell for £4000-6000.

An imposing granite boulder with runic inscriptions (130cm x 160cm x 110cm) comes with his own media history. It hit the news in Norfolk and nationwide in 2003, when local archaeologists formed the opinion that the scratched runic symbols and intertwined serpents and dragon were over 2000 years old and historically very significant and rare.

However, after the Great Yarmouth Mercury local newspaper reported the "potentially very important discovery", jobless construction worker Barry Luxton, 50, saw the report and a photograph of the rock and recognised it as one that he had chiselled during an idle three days on the beach at Gorleston only 8 years earlier. It had been imported from Norway over 30 years ago to form part of the sea defences. It is estimated at £5000-8000.

A carved granite kasuge lantern from the Japanese Meiji Period (1868-1912).

Japanese gardens became popular in the West in the early 20th century. In 1910 the Japan-British Exhibition opened in London, held at the White City ground near Shepherds Bush and included two Japanese Gardens spread over 10,000 square yards. This example is 204cm high and estimated to fetch £1200-1800.

An extremely rare Georgian circular lead cistern dated 1774 and initial ID with coat of arms, signs of the Zodiac, armorials and renaissance style romaine heads and with dolphin bronze tap, now with later internal overflow pipe. It is 138cm high by 110cm diameter and these circular lead cisterns are extremely rare compared to the more usual rectangular examples. The coat of arms centred with the red hand of Ulster is probably that of the Chetwynd family. It is estimated at £5000-8000.

A rare and unusual carved sandstone model of Karlštejn Castle (70 cm high and 72cm wide) is expected to sell for £2000-3000. The large Gothic castle 30 km from Prague was founded in 1348 by Charles IV, Holy Roman Emperor-elect and King of Bohemia. Until the outbreak of the Hussite Wars in 1421, the Imperial Regalia as well as the Bohemian/Czech crown jewels and other royal treasures were kept here. In 1422, during the siege of the castle, Hussite attackers used biological warfare when Prince Sigismund Korybut used catapults to throw dead bodies and 2,000 carriage-loads of dung over the walls, apparently managing to spread infection among the defenders.

Lyudmila Konstantinouvna Strel Chenko's bronze fountain of two boys from circa 1980 is 224 cm high and estimated at £8000-12000. Strel 'Chenko went to the Kiev Arts Institute in 1960 where her work proved controversial and was deemed nonsocialist, however she still won the Institute competition in 1963.Her works are now in a number of museums in the Ukraine.

A blonde turtle shell (Podocnemis expansa) from the late 19th century and now mounted as a lamp is estimated at £2000-3000. 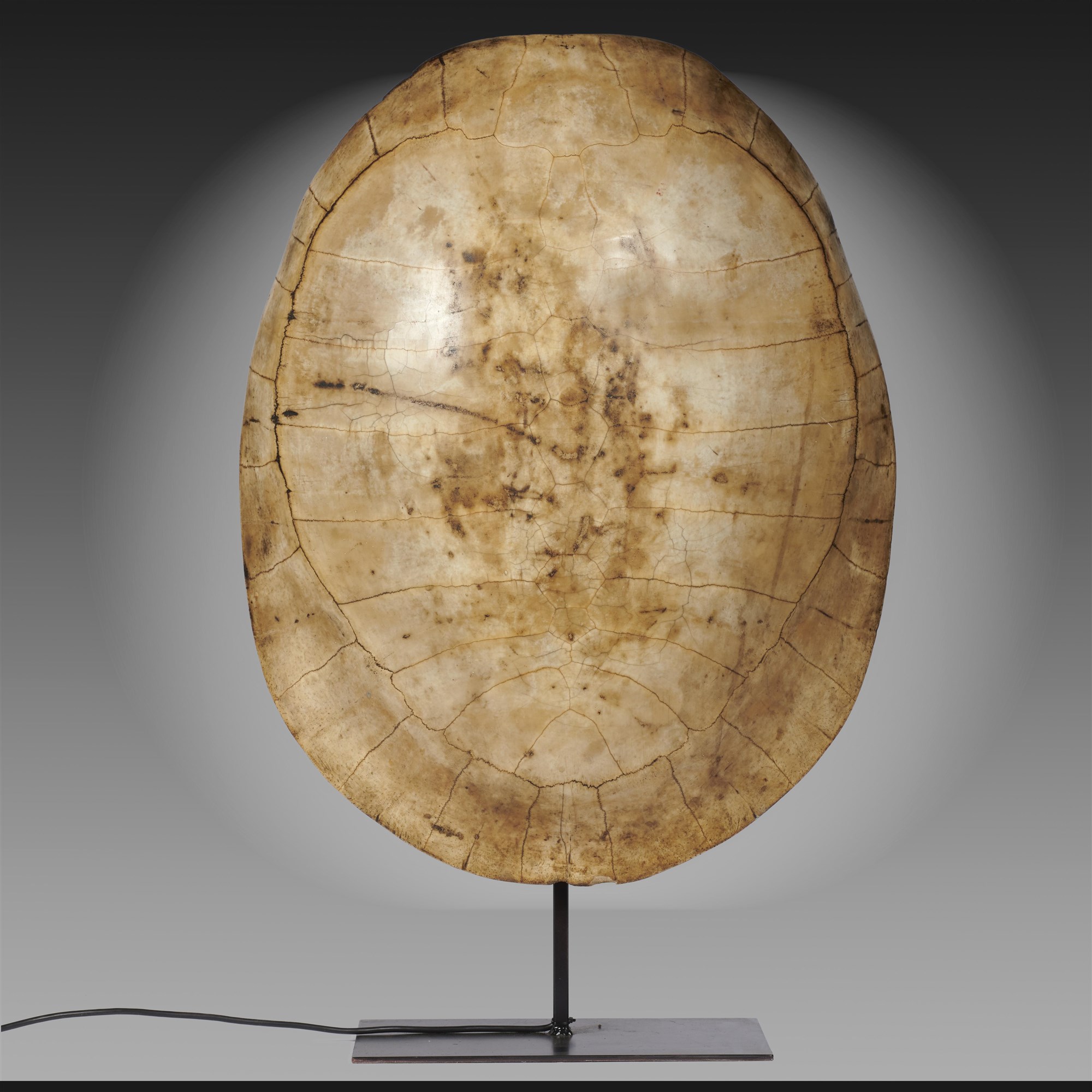 These turtle shells were South American river turtles and would be captured to take on board the merchant ships of the 19th century. The turtles were then boiled (to make turtle soup) and eaten, with one turtle capable of feeding reputedly up to 100 sailors. However, the leftovers were not simply thrown overboard. Often a sailor would take the shell and polish it by hand giving it a gloss-white finish and sell it as an item of curiosity for a few shillings once docked at home which explains why most of them tend to turn up for sale in the northwest of England in the proximity of Liverpool, one of the busiest trading ports of the world at the time.

A modern, impressive shell display by Peter Schepanski is estimated at £4000-6000, while an unusual hippopotamus hide lidded jug from the early 20th century with a hippopotamus tusk handle is expected to sell for £2000-4000.

A pair of substantial coral work and composition stone busts of Neptune by Anthony Redmile from the 1970's, adorned with coral shells, quartz, malachite and with silver coloured metal bowls set with malachite cabochon's carry an estimate of £8000-12000. They are each 110cm high and typical for Redmile's work in the 1970's utilising elements of natural history as well as semi- precious stones. 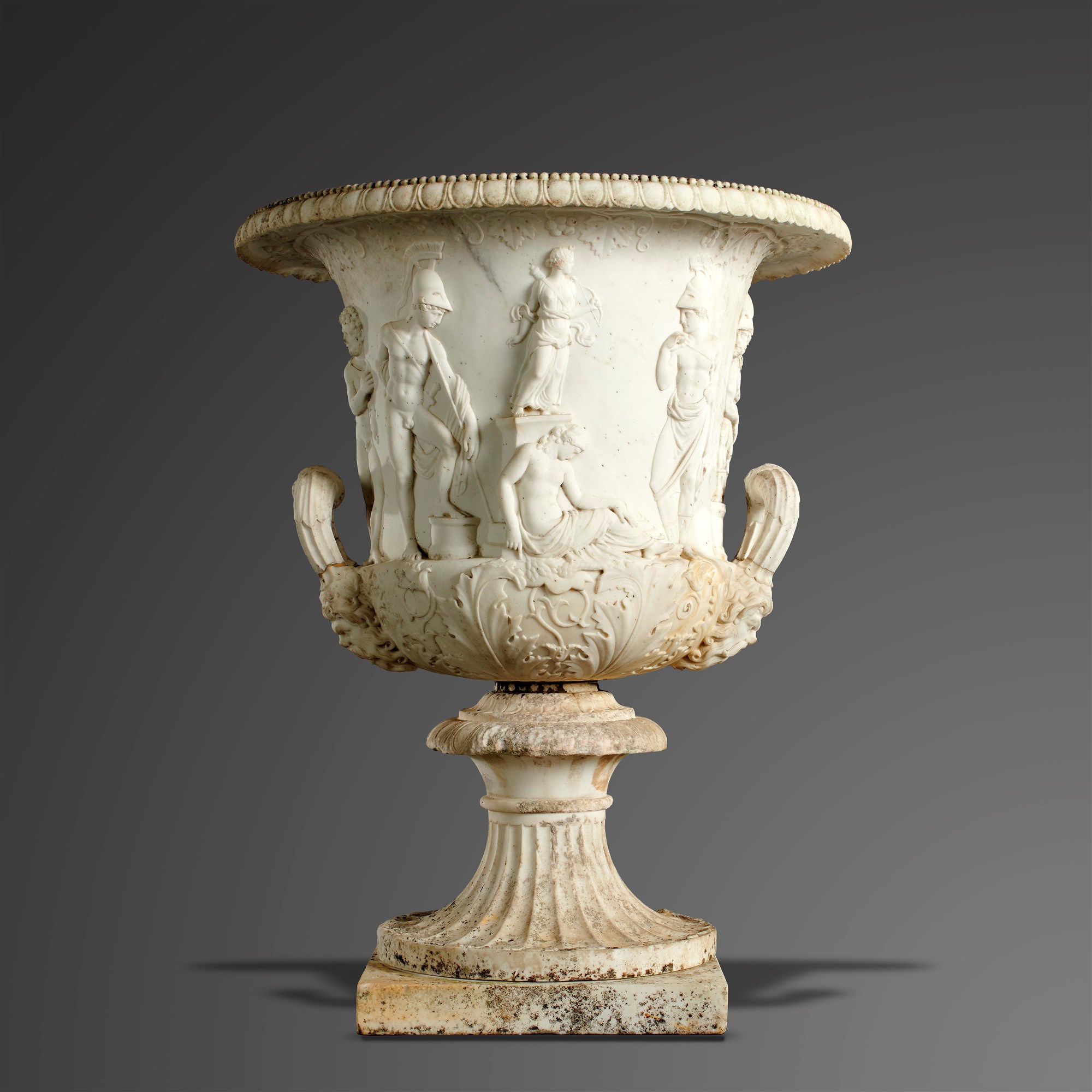 A huge M14 training rifle from the mid 20th century carries an estimate of £6000-8000. The American rifle is over two metres long and the rifles of enormousproportions were made as "training guns" for troops. Rather than showing individuals how the rifle worked they were able to demonstrate the mechanism (assembling, disassembling, cleaning, firing, etc) of the rifle to entire halls of troops, hence the cutaway sections which show the recoil system, the bolt and the cartridge chamber. 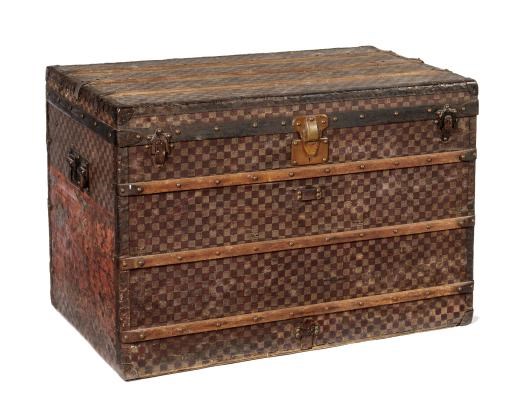 A large handmade Venetian glass butterfly "Sputnik" chandelier is expected to fetch £2000-3000. At 130cm wide, it was inspired by 1950s "Sputnik" models with glass green and gold butterflies exploding from the centre, comprising 18 light points and 110 brass rods supporting 110 glass butterflies, some of them bent to give the illusion of movement.

Also from Venice comes a glass prism floor lamp, which is 160cm high and estimated at £1000-1500. This 1950's style floor lamp in Murano glass is composed of 25 triangular prisms mounted on a chromed structure with a circular base, thefinial made from a glass sphere.

For further information on the auction, please visit

For more press information, images or to interview one of the specialists,

The sales are held in the award winning 5,000 sq ft gallery nestling within 6 acres of walled gardens and the arboretum of the Victorian mansion, Summers Place, outside Billingshurst in West Sussex.