Eighth Evolution Sale Shines Light on Oceans
Summers Place Auctions will be holding its eighth Evolution Sale on Tuesday, 24th November 2020 and this time the sale includes some phenomenal examples of former inhabitants of the oceans. Today, we are more concerned than ever about our oceans and these fine examples are not just decorative objects for our homes but a reminder of how fragile nature is.

Summers Place is proud to be able to offer a Coelacanth Painten for auction as this prestigious 200 million year old fossil is rarely uncovered and they almost never come up for sale. Coelacanths are one of the great icons of natural history and this impressive specimen is 46cm long and estimated at £30,000-50,000. The rather limb-like structure of the fins shows clearly how the evolution between fishes and amphibians could have begun to occur. More celebrated, however, is the spectacular nature of a living specimen in 1938! Several species had been known from the fossil record but all coelacanths had been considered extinct for almost 70 million years.

So when a freshly caught example was spotted by chance at an open air fish market in South Africa, the discovery caused a sensation. The coelacanth quickly became something of a ‘cause celebre’ among those who like to believe that long-extinct creatures might still survive in remote parts of the world. This particular example is especially fine, clearly showing all the features of coelacanths. It comes from the rich deposits around the famous fossil localities around Solnhofen in Germany where so many wonderfully preserved creatures have been found.

Another Jurassic icon included in the auction is a Crinoid plaque from Holzmaden, Germany. It's 105cm by 132cm in size and estimated to fetch £25,000-40,000. The Jurassic deposits at Holzmaden in southern Germany have long been known for the exceptional preservation of its fossils. Among the most sought after are the perfectly
detailed examples of crinoids - creatures that are sometimes called sea lilies. Not only are these wonderfully preserved and detailed fossils, they also sometimes make the most spectacularly decorative shapes. The present example perfectly illustrates this. However, such fossils are not actually found with their magic exposed. Although
the form is perfectly natural and has not been tampered with, it takes hours and hours of expert preparation to reveal the magical beauty. Layer after layer of rock must be drilled away before the shape that has been hidden in the rock for millions of years is laid bare and revealed in all its splendour. During this whole process there
is little room for error and it requires enormous skill and a great deal of patience. 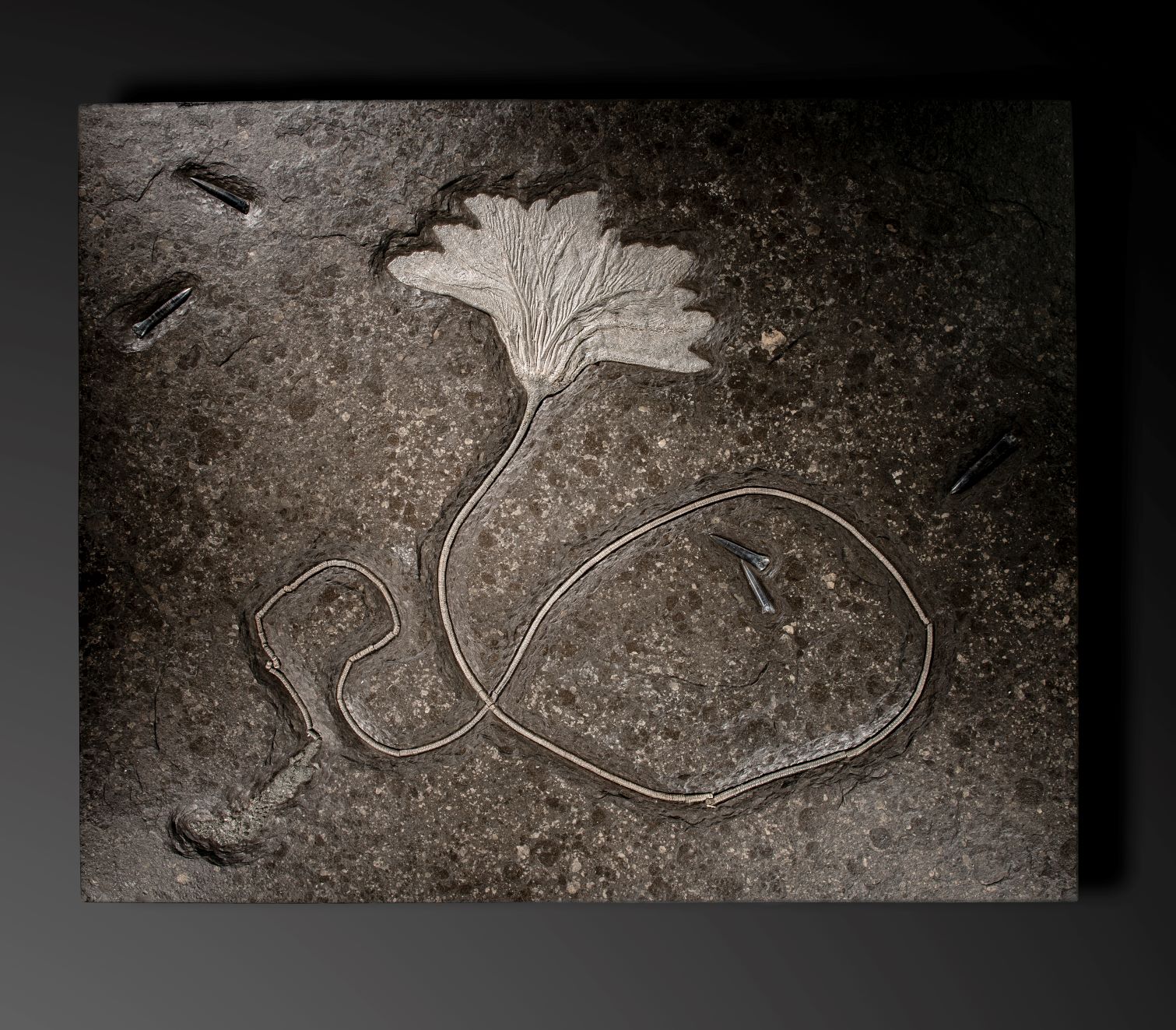 The decorative beauty of this particularly wonderful example is enhanced by the presence of two belemnites which were fossilized along with the crinoid. 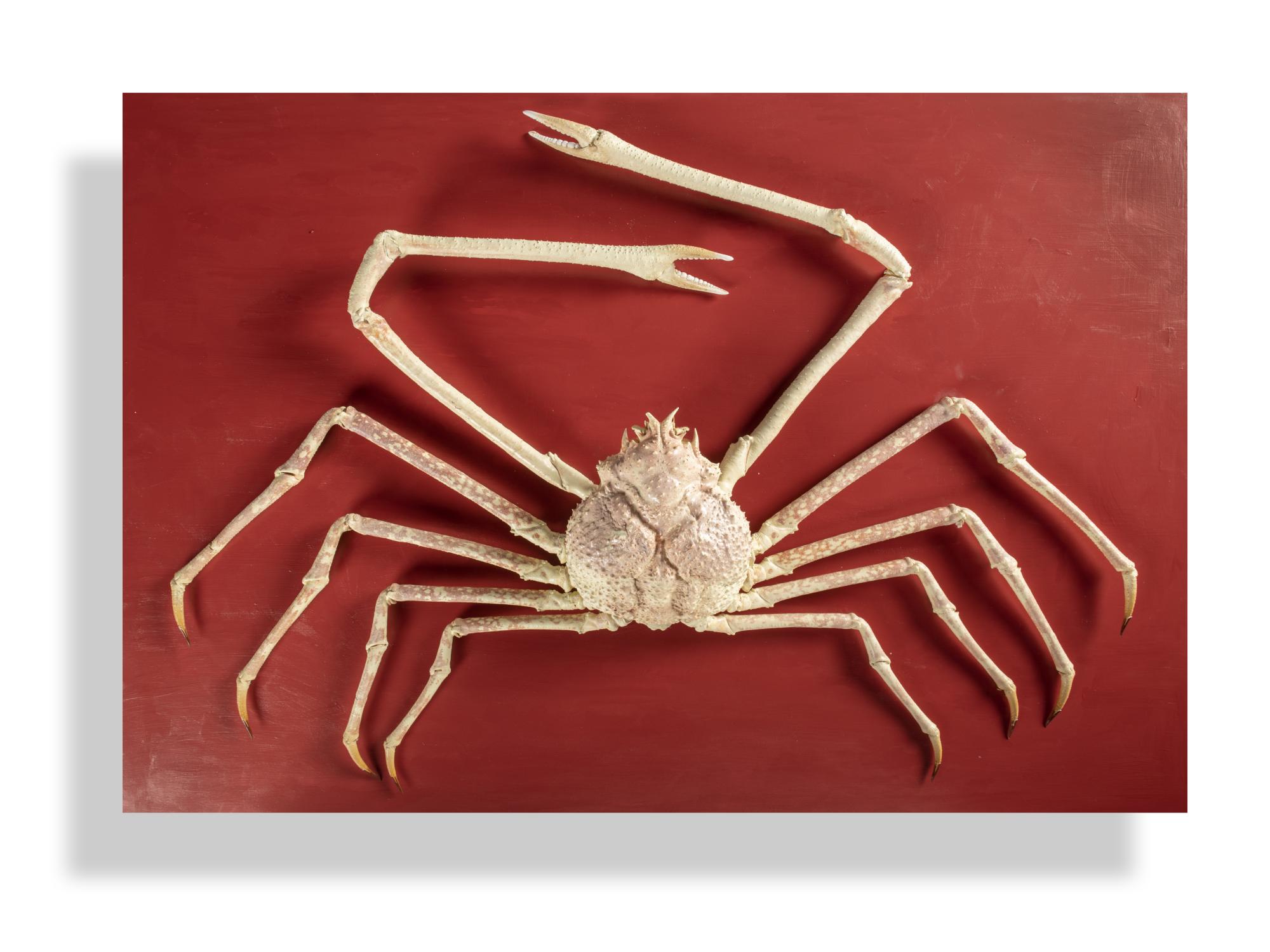 Third on the list of Ocean icons is a rare and impressive giant Japanese spider crab mounted on board (122cm by 170cm) and is estimated at £8000-12,000. As its name suggests these crabs can grow to frighteningly huge size, and can have by far the longest legs of any arthropod. But not all of them do! Most remain comparatively small and remain in shallower water. The true giants just grow and grow and as they do they sink to deeper and deeper water, and once they reach the depths they are usually only caught accidentally by fishermen dredging for other creatures. Even when they are snagged they rarely reach the surface in one piece as, unfortunately, the intense sudden changes in pressure causes the poor creature to disintegrate. So complete specimens have always been rare. Nor is this the only hazard that prevents them from being preserved as specimens: as its name suggests the species only occurs in seas around Japan and to Japanese culinary devotees they are regarded as a great delicacy. Normally it is only the smaller individuals (the more easily taken inhabitants of shallower waters) that become available, so when a true giant is fished up it causes something of a stir among the local culinary community. So this magnificent example provides a rare opportunity to acquire a sensational and truly decorative icon of natural history.

Also included in the sale are two giant fossil Crayfish (Thallasima) from Java estimated at £2000-3000 and a fossil Dapedium Lower Lias from Lyme Regis (31cm long) carries an estimate of £5000-8000.

For Jurassic Park fans, there are two dinosaur eggs (Oviraptor spp.) included, each 15 cm long and together estimated at £1200-1800, while the sale also includes several Burmite amber fossil specimens. The most expensive is a very rare piece snake and millipede remains, as well as other insects and organic inclusions. 99 million years old, its size is 33.26 x 18.52 x 10.33mm and is expected to fetch £2000-3000. 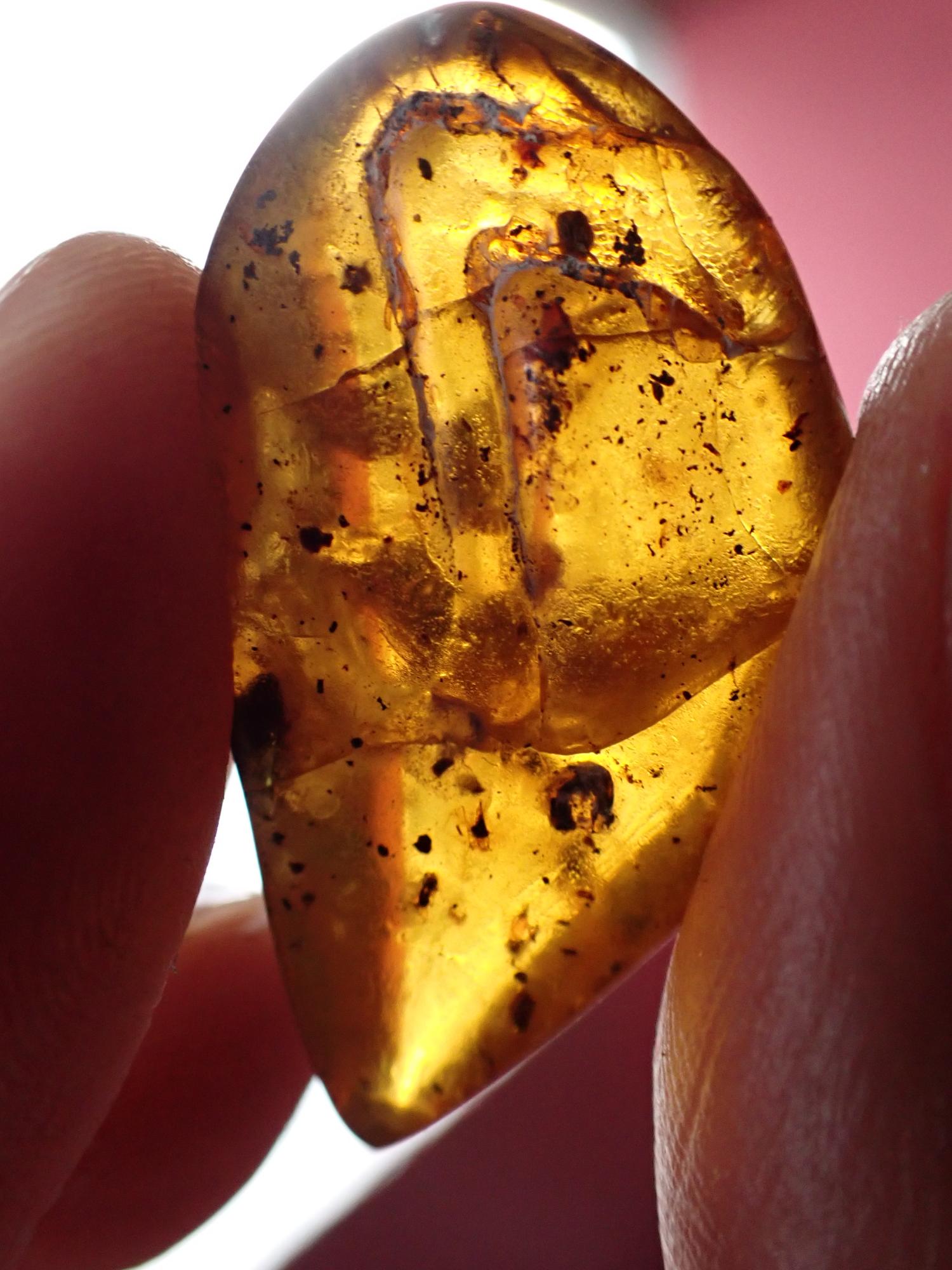 If Ice Age is more your thing, Summers Place is offering a fine 78 cm long Woolly rhinoceros skull from Siberia. It is at least 10,000 years old and exceptionally preserved and therefore expected to sell in the region of £4000-6000, while a Bison (Bison antiquus) skull and horns from the same time and area carries an estimate of £3000-5000. A massive Mammoth tusk, which is 282cm on the outside of the curve and weighs an impressive 54kgs is expected to fetch £12,000-18,000. The exceptional size suggests it came from a mature bull mammoth of impressive size.

There are several minerals included in this auction with estimates starting from £200, with the highlights being a Madani quality rough cut Lapis lazuli freeform (42cm high by 22cm wide by 10cm deep, 11.7kg) estimated at £3000-5000 and a massive red jasper freeform from South Africa (67cm, 163kg), which carries an
estimate of £2500-4000. 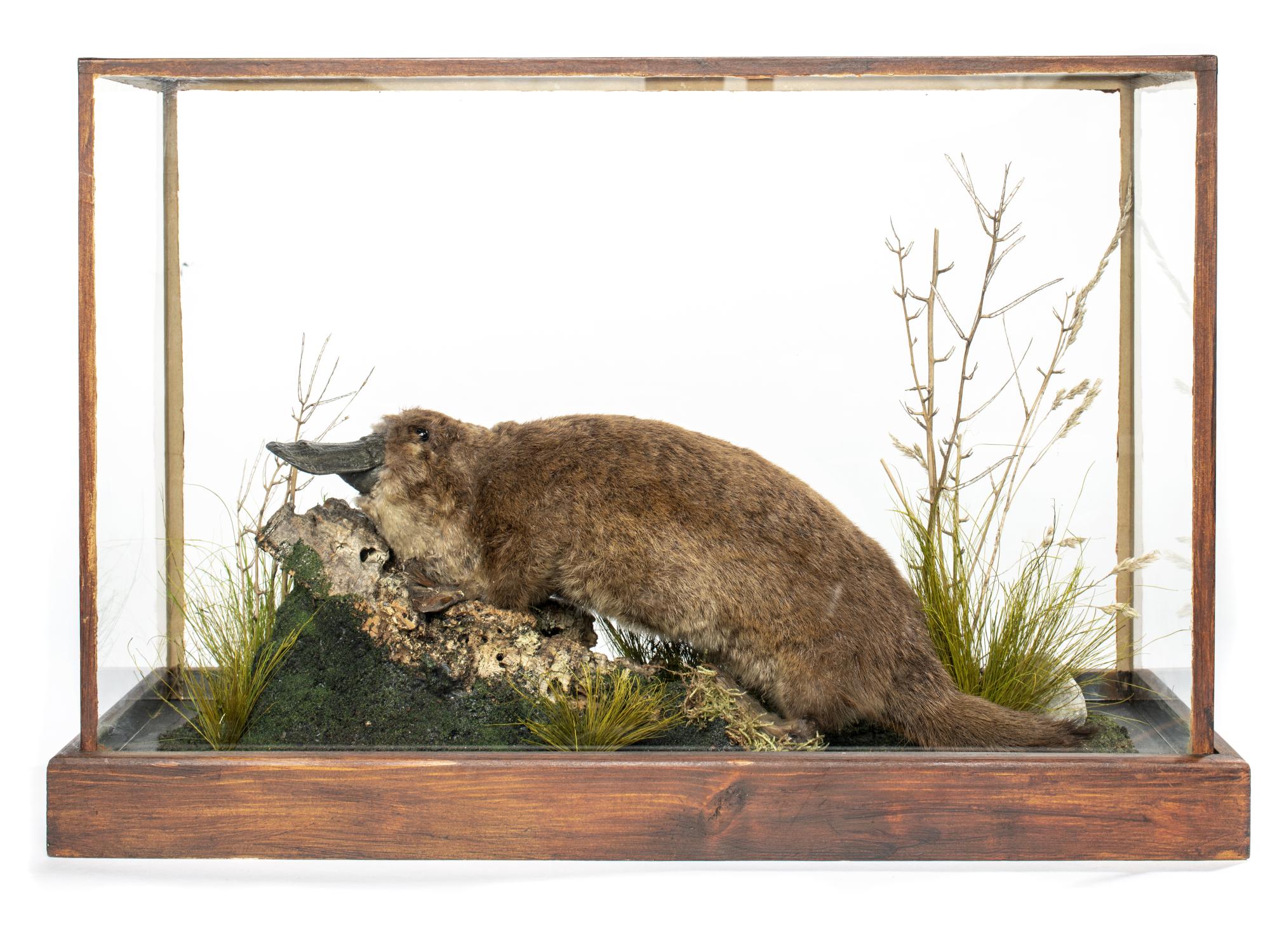 For more press information, images & interview requests,
please contact Silke Lohmann:
silke@exclamationpr.co.uk or 07932 618754.
For further information on the auction, please visit
www.summersplaceauctions.com or call 01403 331331.
Summers Place Auctions are the world's leading auctioneers of Garden Statuary and Natural History. The sales are held in the award winning 5,000 sq ft gallery nestling within 6 acres of walled gardens and the arboretum of the Victorian mansion, Summers Place, outside Billingshurst in West Sussex. 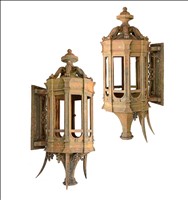