Dead as a Dodo?

Dead as a Dodo?
Quite the Contrary - Summers Place Auctions thrilled to include Dodo in live auction

First almost complete skeleton to come up for sale in nearly 100 years and first to ever be sold at auction
Summers Place Auctions, the Sussex-based world-leader in Natural History auctions, announces the sale of a 95% complete composite skeleton of a Dodo – the first to come up for sale since the early 20th century. It will be part of the fourth Evolution sale at Summers Place Auctions on Tuesday, 22nd November 2016.

The auction house started its Evolution Sales in November 2013 and famously sold a Diplodocus dinosaur skeleton to the Danish Natural History Museum for half a million pounds; since this inaugural sale it has achieved world record prices for a number of specimens and has been a major force in increasing awareness of the
growing market for Natural History.

Due to the rarity of this great icon of extinction, the Dodo is expected to surpass previous results achieved in these specialised sales. Only one Dodo skeleton exists that is made up from the bones of a single animal; the others (and there are only a dozen that are relatively complete) are composites made up from bones that belonged to several individuals. Errol Fuller, Summers Place Auctions' Natural History curator says: “The best examples of composite skeletons in museums around the world include those in London’s Natural History Museum, the Museum of Zoology in Cambridge, the Durban Natural Science Museum, the Leiden Naturalis Museum, the Paris Natural History Museum and the Smithsonian in Washington. This highlights the fact that Dodo skeletons are extremely rare.

When researching the Dodo for one of my books, Dodo: From Extinction to Icon, it became obvious that most museums had acquired their Dodos many years ago and no relatively complete skeleton has been put together since the early 20th century. When Summers Place Auctions was offered this Dodo, you can imagine my excitement. I am sure I won't be the only one among Dodo experts, who thinks that this is an amazingly rare opportunity for the acquisition of one of the great icons of extinction.”

The Dodo skeleton offered here comes from a private collector, who over decades has purchased bones from private collections and auctions. He started collecting in the 1970s and bought the majority of Dodo bones then and in the 1980s. Like most collectors, he spent years adding to his collection and it was only in the early 2000s
that he realised he had enough bones (only lacking part of the skull and one set of claws - which have been reconstructed) to construct a skeleton. He then meticulously reassembled them to create as complete a specimen as possible. He has now decided to part with his Dodo and make this the first composite skeleton ever made available at auction. It his highly unlikely that another composite skeleton will ever come up for auction again. Any newly discovered bones from the Mare aux Songes swamp - where the vast majority of Dodo bones were found in the 19th century – will not be for sale. The Mauritian Government has rightly banned all exports of Dodo bones.
Many of the other known skeletons lack the majority of the smaller elements, including toes, claws, the scapula, and the rare wing elements of radius, ulna, and carpometacarpus. The sternum, which is incredibly fragile is rarely intact and the quadrates and jugal bones of the skull are mostly unavailable, as is the atlas bone of the first vertebra of the neck. These parts are usually substituted with replicas modelled from a variety of materials. All of these elements are present and complete in this amazing example - making it around 95% complete.

But what makes the Dodo (Latin name Raphus cucullatus ) so special?

Only rivalled by the Tyrannosaurus as an icon of extinction, the Dodo has also become a cultural and literary icon, including being famously featured in Alice’s Adventures in Wonderland. Author Lewis Carroll often visited the
Ashmolean Museum with the young Alice Liddell to inspect the dried dodo head which then existed there (now transferred to the Oxford University Zoological Museum) and these visits served as part of the inspiration for his
celebrated book. Seventeenth century Dutch paintings by Roelandt Savery served as the basis for John Tenniel’s famous dodo illustration that decorated the book.

The Dodo only lived on the island of Mauritius. First seen by Dutch sailors in September of 1598, it became extinct just 70 years or so after its discovery. Thus the species epitomises what can go wrong when humans interfere with
an island ecosystem.

Dodos were flightless birds with pigeons as their closest relatives. They were about 1m tall and it has been suggested that they would have weighed between 10 and 20 kg. Due to living in such isolation, dodos were probably fearless and their inability to fly resulted in them becoming easy prey for visiting sailors and animals like dogs, cats, pigs, and monkeys which were introduced to the island in the 17th century.

For almost two centuries virtually no physical remains seemed to have survived from that period. However, in 1865 George Clark, a local
schoolteacher, came across a marshy area called the Mare aux Songes, close to what is now the site of the Mauritius Airport. Clark believed that this swampy place might contain the preserved bones of long extinct creatures. He hired labourers who worked on the local sugar plantation to wade waist deep through the marsh and feel for bones with their feet. During this process they recovered hundreds of dodo bones along with the bones of
other extinct Mauritian creatures.

Clark sent some of these to London’s Natural History Museum where they were purchased or otherwise acquired by the museum’s founder Richard Owen. Some others went to Paris and Cambridge. It is a little known fact that
many, many additional bones were sent to London to be sold at auction over the following years. The most famous of these sales took place at Steven’s Auction Rooms in Covent Garden, where most of the dodo bones offered for
sale were purchased privately. Over the intervening years, the vast majority of these privately owned specimens have passed into museums and other institutions. However, a few still remained in private hands.

Almost all dodo skeletons held in museums around the world are composites made up of bones from different individuals and these composites come from the bones collected at the Mare aux Songes. Only one skeleton survives where all of the bones come from the same individual; this unique specimen was collected in the early 1900s in a mountain valley and is on display in Port Louis, Mauritius. (The Durban Museum claims its specimen comes from a single individual, but this seems not to be the case).

Rupert van der Werff says: “The rarity and completeness of this specimen cannot be over emphasised, and it provides a unique opportunity for an individual or an institution to own a specimen of this great icon of extinction. The majority of auction estimates are based on precedent of similar pieces being offered, which is impossible in this case, so given its rarity and desirability, we are anticipating an auction price in the region of £500,000.”

Summers Place Auctions are the world's leading auctioneers of Garden Statuary and Natural History.
The sales are held in the award winning 5000sq ft gallery nestling within 6 acres of walled gardens and the
arboretum of the Victorian mansion, Summers Place, outside Billingshurst in West Sussex. 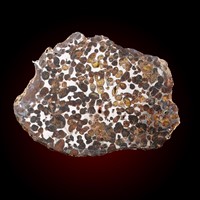 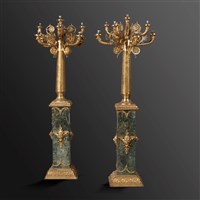