Fans of Wallace & Gromit and Pink Floyd are in for a treat this autumn when two Gromit sculptures and a pair of the famous Pink Floyd Eyes designed by Storm Thorgerson are included Summers Place Auctions' sale on 13th October 2015.

The Gromit sculptures, which had been part of the first exhibition of 70 of the character's sculptures outside the UK, were exhibited at the Element Mall in Hong Kong in July 2014. The Glamit, a painted composite Gromit, designed by make-up brand M.A.C.stands 165 cm high and is 125 cm long and is expected to fetch £4,000-6,000. A slightly smaller Gromit titled Intricate Relationships by artist Marina Reiter carries an estimate of £3,000-5,000.

Branded 'The Greatest Dog Show on Earth', the exhibition displayed 5ft and 3ft high decorated Gromit sculptures on an ornate, two-tier carousel band with a 4 metre high Gromit as the centrepiece. At the end of the exhibition, the giant sculptures were
auctioned to raise funds for Wallace & Gromit's Grand Appeal , the Bristol Children’s Hospital Charity, and children's art programmes in hospitals across Hong Kong.

Gromit Unleashed, started with a major public arts trail in the summer of 2013, which saw 80 giant sculptures of award-winning Aardman Animations' character Gromit decorate Bristol’s streets for ten weeks. At the end of that the Gromits went to auction in October 2013, raising over £2.3 million for Wallace & Gromit's Grand Appeal , the Bristol Children's Hospital Charity, before going global.

A highlight for all Pink Floyd and design fans is a pair of the famous eyes, which were designed for the 2006 release of the Pink Floyd 'Pulse' DVD release. Ten pairs of eyes were commissioned by EMI Records for the release, designed by Storm Thorgerson (1944-2013) and manufactured by Hothouse Props. Made of metal, plastic and paper, the eyes are about 6 foot high and 3 foot wide and weigh about 50 kilos each. The last pair sold at a charity auction in 2006 for £16,500 and none have been publicly sold since Storm Thorgerson passed away in 2013, they are estimated to fetch £6,000-8,000.

Storm Thorgerson was a best known for his design work for rock artists such as Pink Floyd, Led Zeplin, Peter Gabriel, Muse and many more. Thorgerson attended High School in Cambridge with Pink Floyd founders Syd Barrett and Roger Waters and was also a teenage friend of Pink Floyd guitarist David Gilmour. His most famous designs are undoubtedly those for Pink Floyd, including the design for 'The Dark Side of the Moon', which has been called one of the greatest album covers of all time. Known for the surreal elements in his work, the eyes very much follow in that tradition. They can certainly be called great examples of Modern British Art, since Storm and Sir Peter Blake are the two most iconic British artists associated with Rock album cover art. 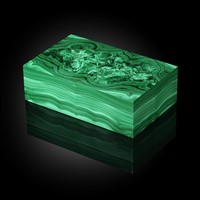