Auction goes with a fizz despite Corona

Summers Place Auctions was going to start the decade with a sale that offered a lot of variety which is what our clients have come to expect from us. Little did we know that it would also be the first auction we had to hold without public attendance, no telephone bidding and a minimum staff in the saleroom. With only hours notice before the country went into lockdown but with many clients registered for telephone bidding, we made the decision to go ahead on Tuesday, 24th March 2020, although with only three staff spaced out in our 5000sq ft saleroom and everyone else following the auction from home.

The impressive results took us by surprise and we are grateful to all bidders supporting us, the majority of whom were from overseas. In view of the current difficulties we also took the decision to absorb the 5% fees for bidding on the internet and given the uncertainties of transport and shipping, not charge any storage fees.

The Camden bronze friezes were the top lot. They were offered in the sealed bid part of the sale and sold for £55,000 (£68,750 including buyer's premium) for the four lots, which had been estimated at £24,800 - 38,000. They were all made in the late 20th century for the world-famous Camden Lock Market, one of London's most visited tourist attractions, but originally a horse hospital and warehouses close to Regent's Canal. In total, the 19 panels are a total of over 28 metres long. 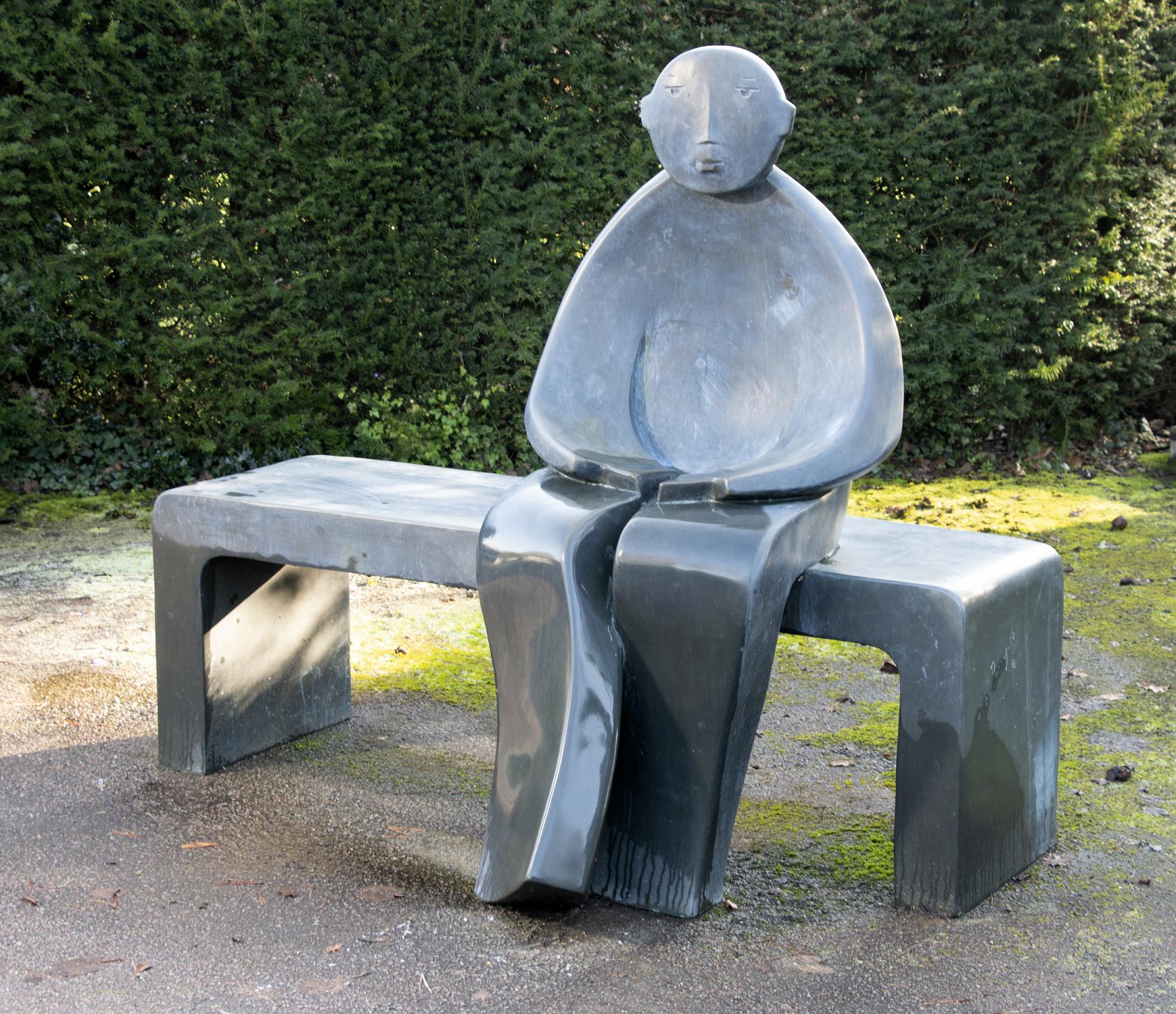 The next highest lot at £30,000 (£37,500) was an early 20th century, important life-size lead figure of Hygieia by Bromsgrove Guild, modelled by Charles Bonnet. Although it does not appear to have been illustrated in any of Bromsgrove Guild's literature, the only other known example of this figure was commissioned for the garden of Chequers, which was originally the Buckinghamshire mansion belonging to Lord Lee, who presented the house to the nation in 1917 as a country residence for the use of future Prime Ministers. It still stands on the lawn in front of the main entrance to the house.

The auction included a carved white marble Medici urn, based on the famous urn first recorded in 1598 in the inventory of the Villa Medici, Rome, which was removed to Florence and soon entered the Uffizi where it remains today. The vase was one of the most popularly reproduced antiquities being copied in marble, bronze, terracotta, alabaster and biscuit and was commonly paired with the similarly shaped Borghese vase. It is believed that the original was executed in the second half of the first century A.D. 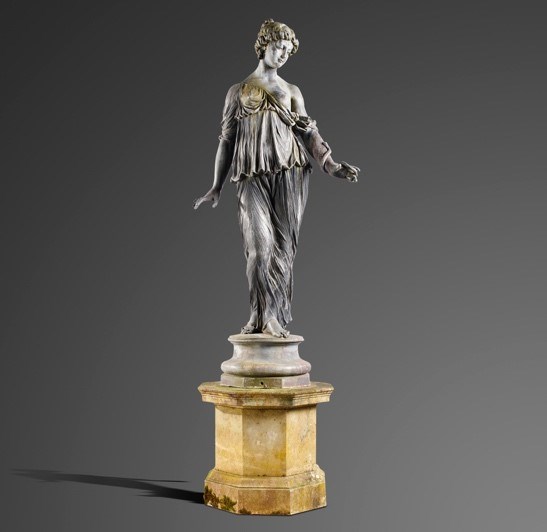 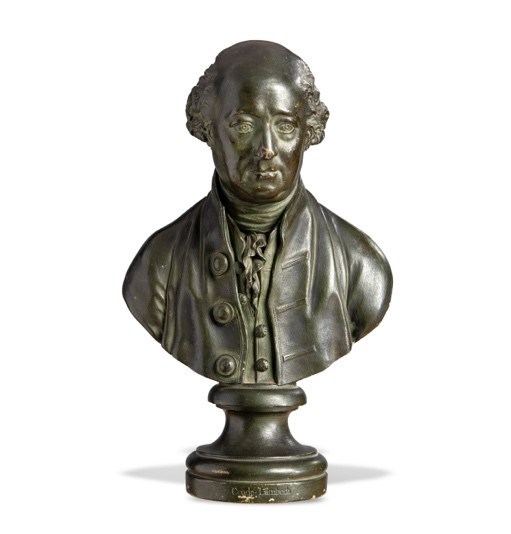 Another lot with an extremely rare Coade stone bust of Gerard de Visme which sold for over three times its low estimate at £3,200 (£4,000). Mrs Coade produced the famous Coade stones in her Lambeth Manufactory. This 29 cm high bust is of Gerard de Visme was made in 1793. He lived at Wimbledon Lodge, South Side, Wimbledon, which had been lavishly decorated in Coade stone, until his death in 1797. A French Huguenot born in London, he made his fortune in Portugal before returning to London, where he was partner in a banking firm. Of equal historic interest, a bust of the famous Duke of Wellington fetched £2,300 (£2,875) against an estimate of £400-600 and eventually sold to an internet bidder. The carved white marble bust was attributed to Edward Physick and had been removed from the house formerly owned by his family.

The monumental carved sandstone figure of Vasily Ivanovich Chapaev, hero of the Russian revolution, which originally stood on the roof of the Communist headquarters in Prague fetched £29,000 (£36,250) against an estimate of £25,000-40,000. Both of John Cox's contemporary American Eagle sculptures sold for £11,000 (£13,750) each almost doubling their low estimates of £6,000.

For more press information, images or to interview one of the specialists,

For further information on the auction, please visit

The sales are held in the award winning 5,000 sq ft gallery nestling within 6 acres of

walled gardens and the arboretum of the Victorian mansion, Summers Place, outside