The top lot in the live auction were the monumental bronze lions after Sir Edwin Landseer which sold for £100,000 (hammer, £127,000 including premium and VAT) at top estimate. They were copied from the famous Trafalgar Square lions in the late 20th century for Camden Lock Market. Sir Edwin Henry Landseer (1802-1873) was famous for his paintings and sculptures of animals, particularly horses, dogs and stags, but his best known work are the four bronze lions on the base of Nelson's column, which he was commissioned to make by the government in 1858 and they were installed in 1867. The 175cm high by 384cm long bronzes had seen lots of interest and there was bidding in the room as well as on the phones, but finally went to a UK private collector.

The auction saw fierce bidding right from the start when telephone bidders fought over a fine and rare William and Mary double-horizontal bronze sundial by Henry Wynne (fl. 1654 - 1709). In perfect condition, the sundial was estimated at £2,000-4,000, but sold for £22,000 (£28,600) to a private Canadian buyer. A monumental and rare carved travertine marble Italian cistern from the 16th/17th century sold at low estimate for £30,000 (£39,000) to a private European buyer on the telephone.

A pair of fine lead finials from France, from circa 1760 was estimated at £8,000-12,000 and sold for £15,000 (£19,500) to a telephone bidder from the Continent. An exceptional example of the extinct Passenger Pigeon sold above high estimate for £8,000 (£10,400) to a UK collector and the sealed bid auction saw a mixed case of tropical birds under a glass dome sell for four times its low estimate at £10,000 (£13,000) to a private European collector.
The sealed bid sale also included some of the fantastic horse sculptures from Camden Market. Top lot among them was a monumental over life size stallion sell for £45,000 (£58,500) to a private collector in Europe. 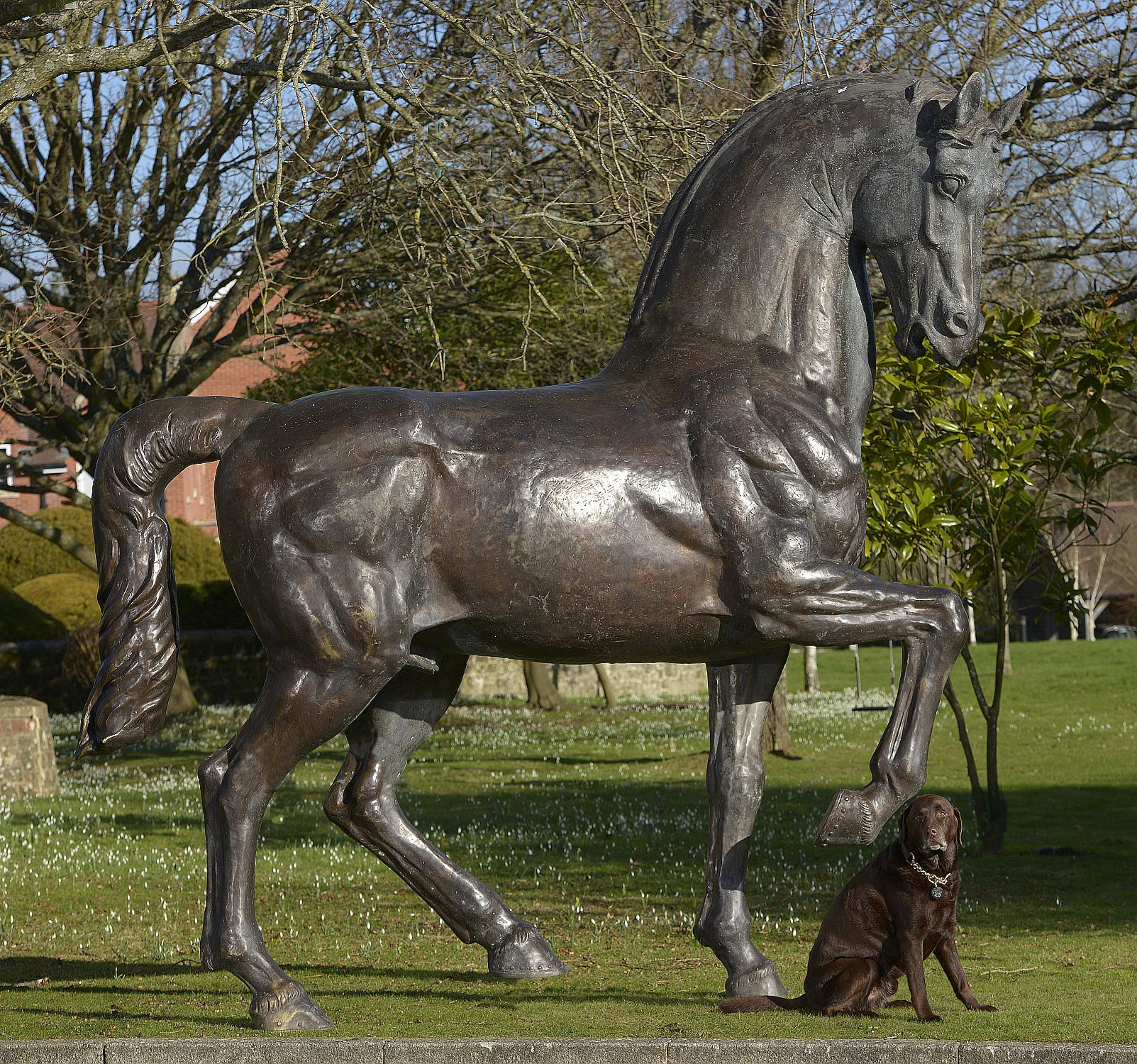 The ultimate boys' toy – a rare SA-4 'Ganef' missile from circa 1968, almost nine metres long and three metres wide, sold for £12,000 (£15,600) to a lucky UK buyer. There had been significant international interest, but customs regulations meant the rocket will be staying in this country.

James Rylands, one of Summers Place Auctions' directors, says: “We were really pleased with our first auction of the year, which saw both our relatively small live auction and sealed bid part of the sale perform equally well. This is one of the best Spring auctions in recent years and very encouraging.”