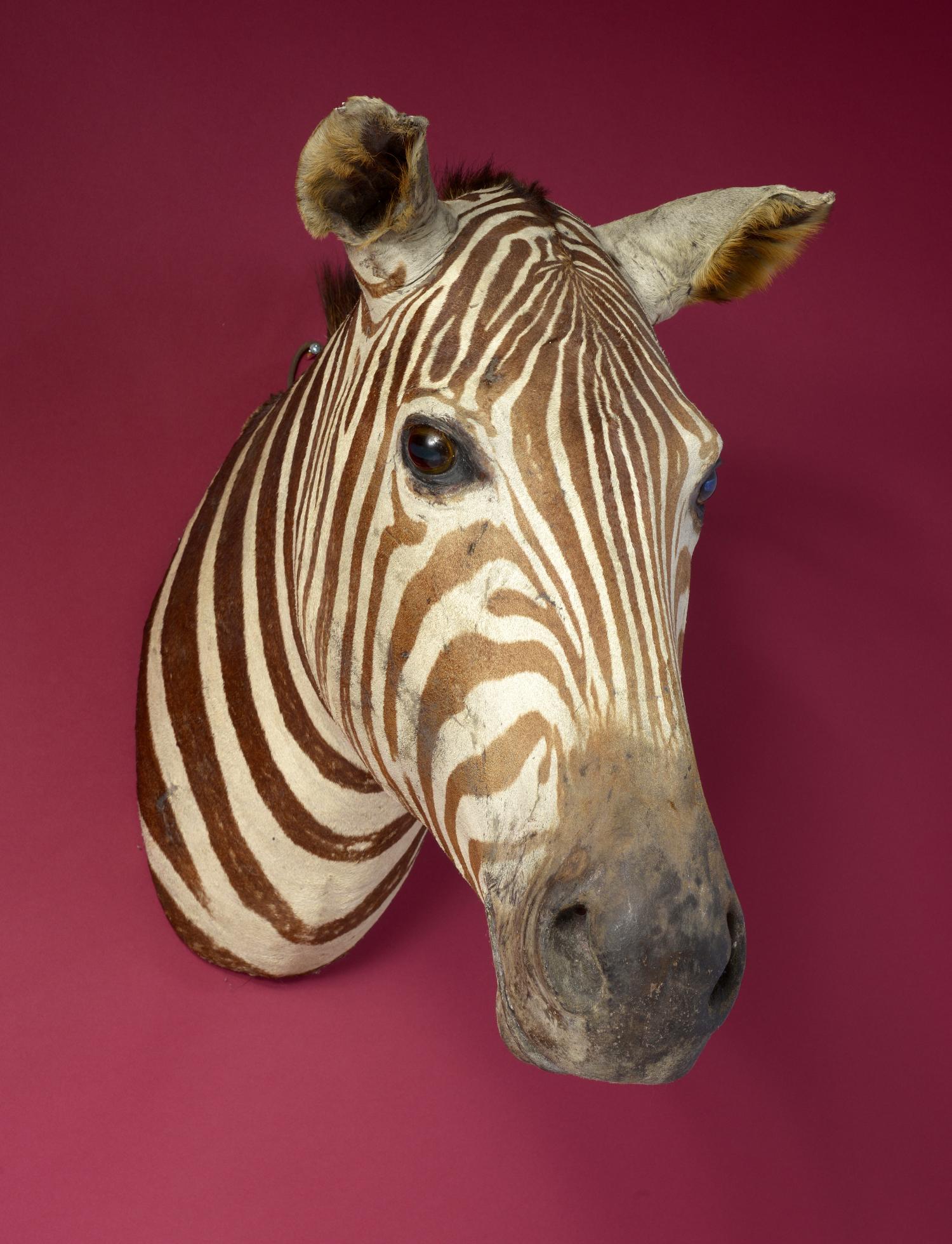 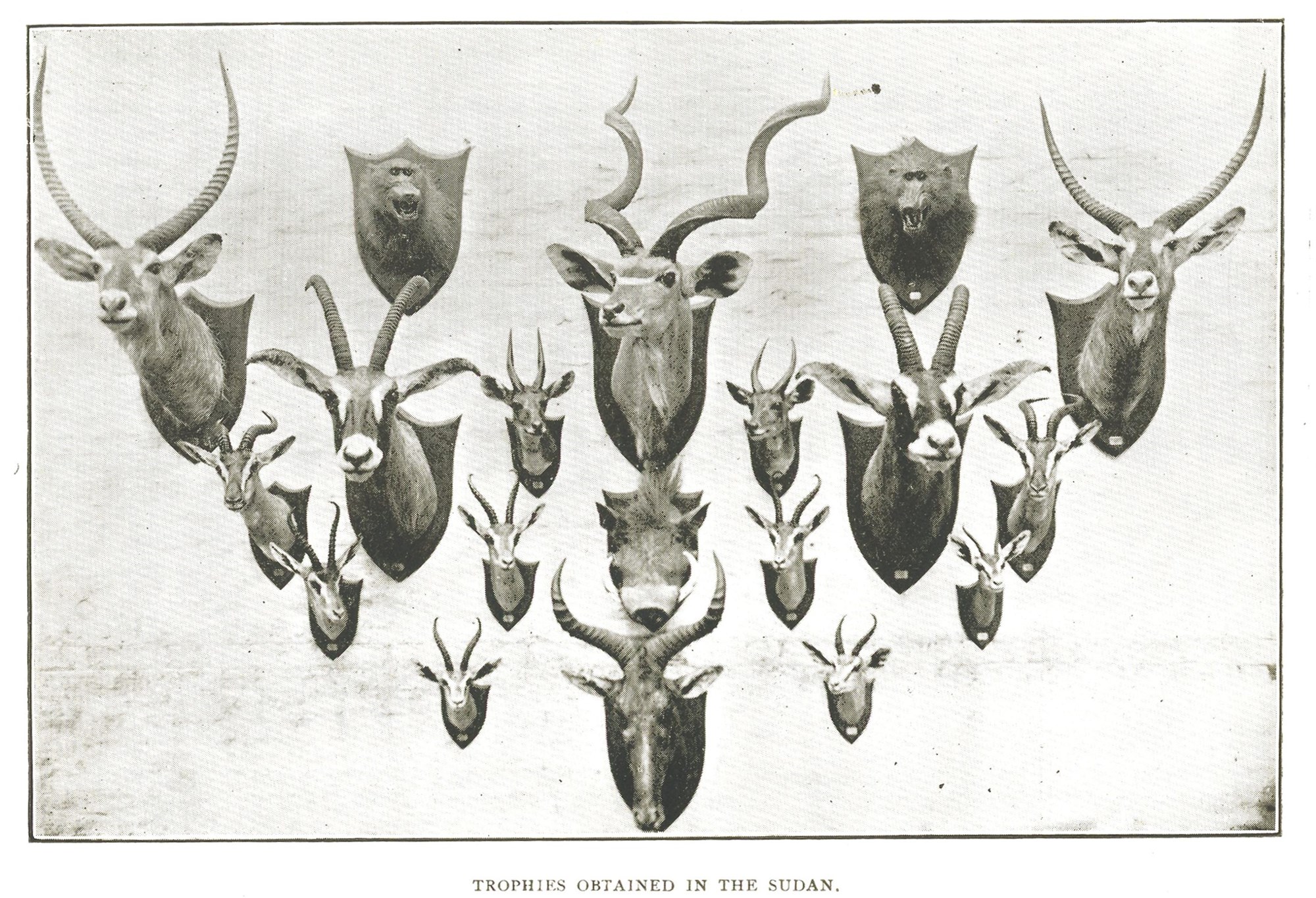 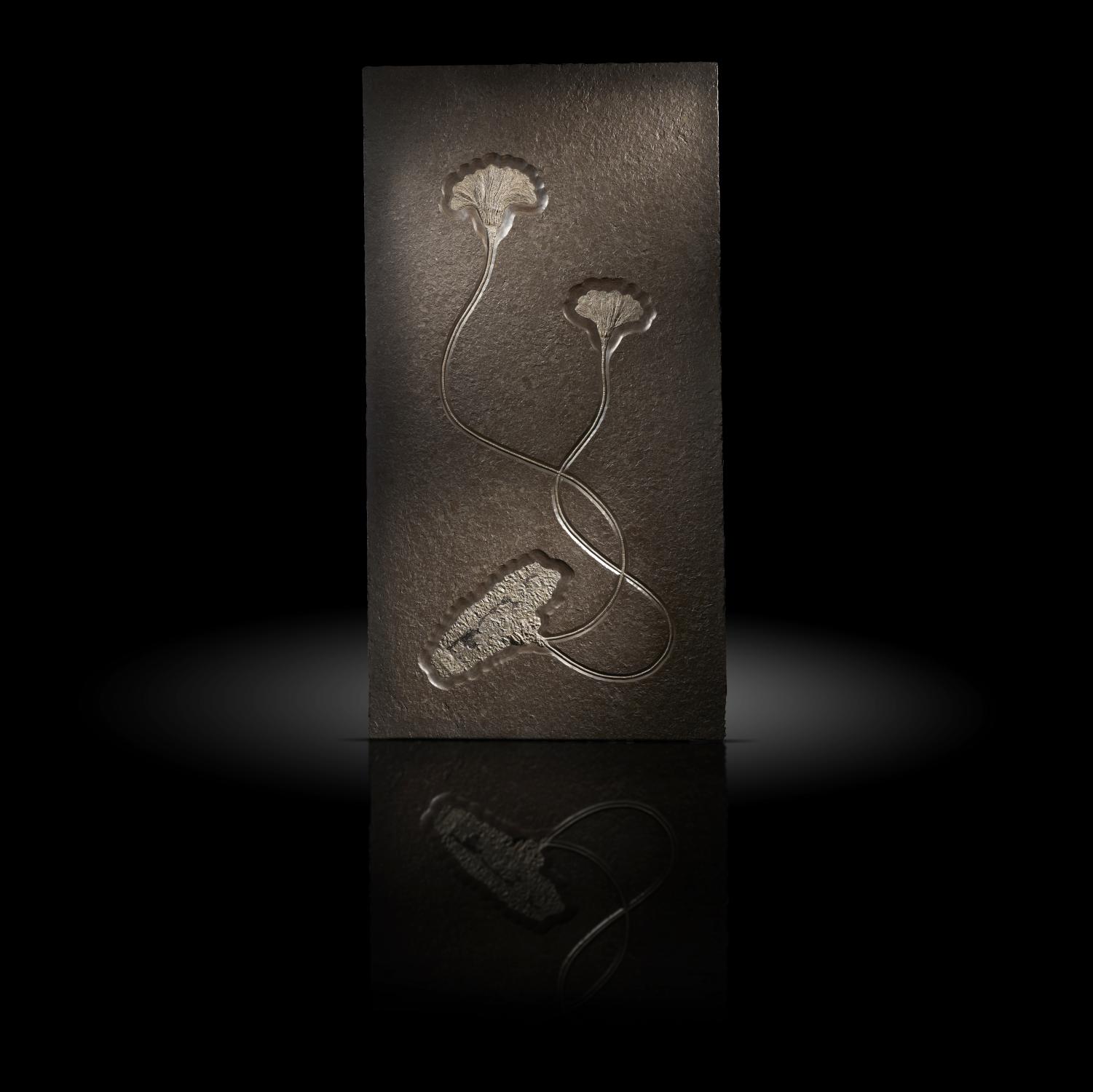 This Autumn, Summers Place Auctions will be having a strong Africa theme in the sale on the 25th & 26th September 2018. The auction will include some of the best recorded African wildlife taxidermy next to tribal art and some of the usual mix of sculptures, garden statuary and other quirky objects.

The taxidermy collection belonged to F. Cecil Cobb, who joined one of the most driven and famous big game hunters of all time, Major Percy Powell-Cotton (1866-1940) one one of his many expeditions to Africa. Cobb wrote a book titled 'Sport on the Setit', in which he recounted his hunting trip to the Sudan, in 1911. The book is illustrated with photographs of some of the animals he shot during the expedition, and many of these are presented in this auction – mementos of a bygone era when attitudes to such things were very different to our own.

Major Percy Powell-Cotton set up a museum in his family home at Quex Park near Margate in 1896, which focuses on the extraordinary collection assembled by him over a period of around half a century. Each expedition lasted for months and involved much preparation and planning. Sometimes Major Powell- Cotton took along friends or like-minded people who wished to join him in his endeavours and Mr Cobb was one of them. The subsequent history of his collection is a curious one. Due to his friendship with Powell-Cotton, they were eventually deposited at the Quex Park Museum, but because they were not an actual part of the Major's highly personal collection. They are now being offered for sale by the descendants of Cecil Cobb. Because of the detailed records attached to the specimens at Quex Park, the collection is still seen as being of the utmost zoological importance charting, as it does, the habitats and geographical locations that the species occupied a hundred years and more ago.

Sadly, although these species may still survive, their geographical ranges have shrunk alarmingly in recent years and they now no longer exist where Powell- Cotton and his associates had found them. And, surprisingly perhaps, this is not due to big game hunting but to the enormous increase in human populations. Put quite simply, there are fewer and fewer places for the animals to go.

Highlights of the collection for sale are two magnificent Zebra heads by Rowland Ward from the early 20th century and each estimated at £300-500 and two impressive Wildebeast heads carrying the same estimate each as does a mounted Baboon head. 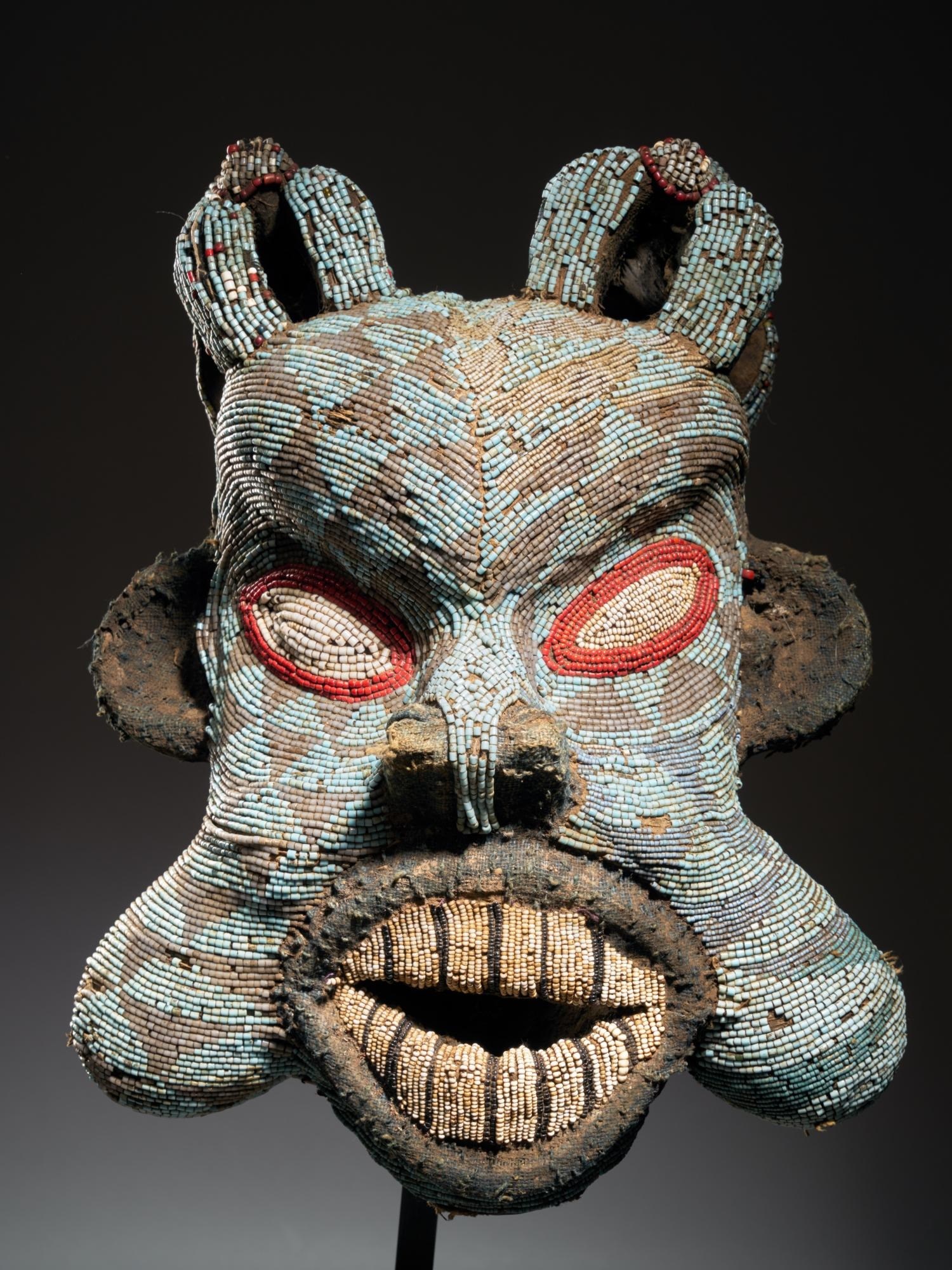 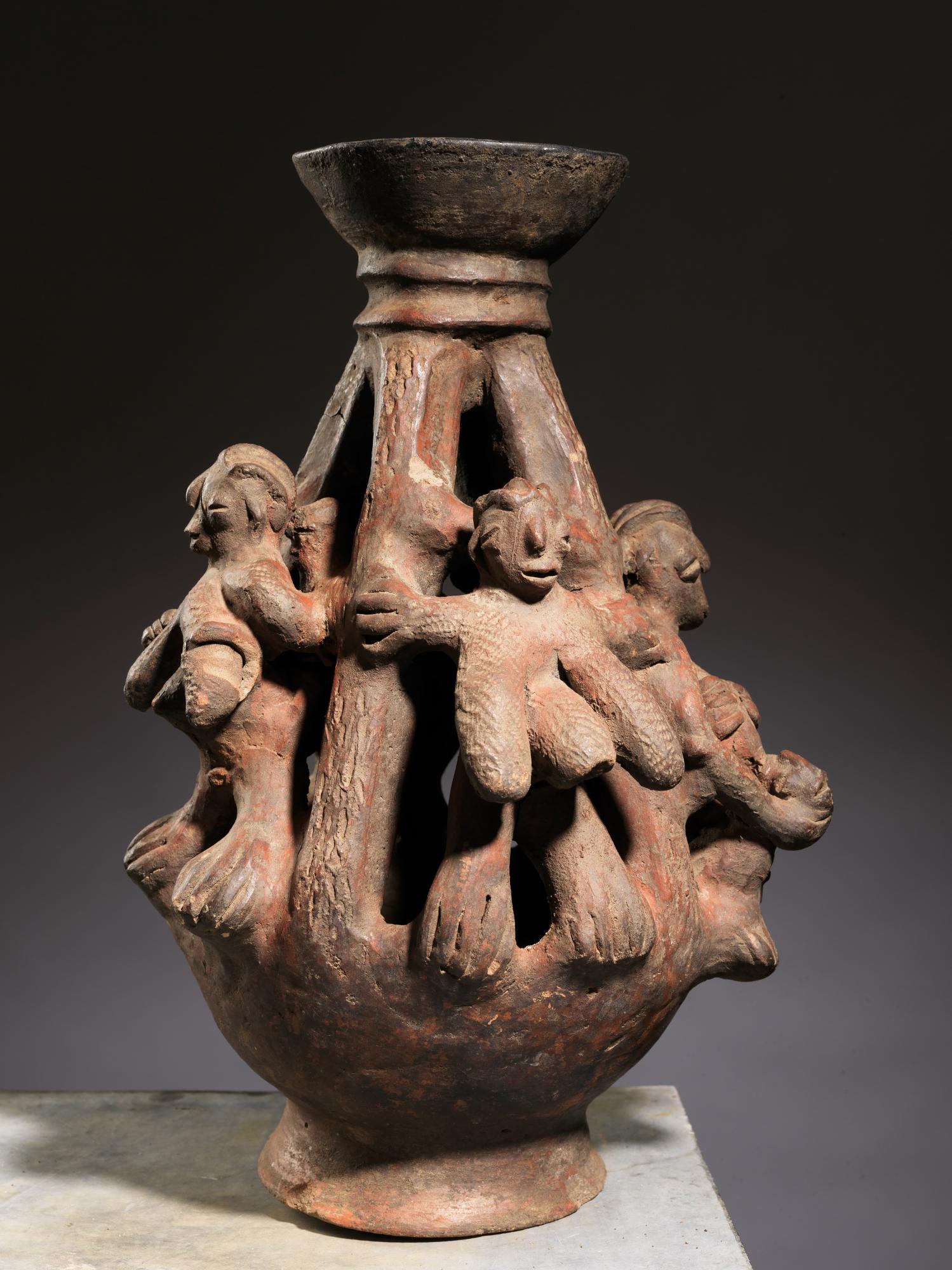 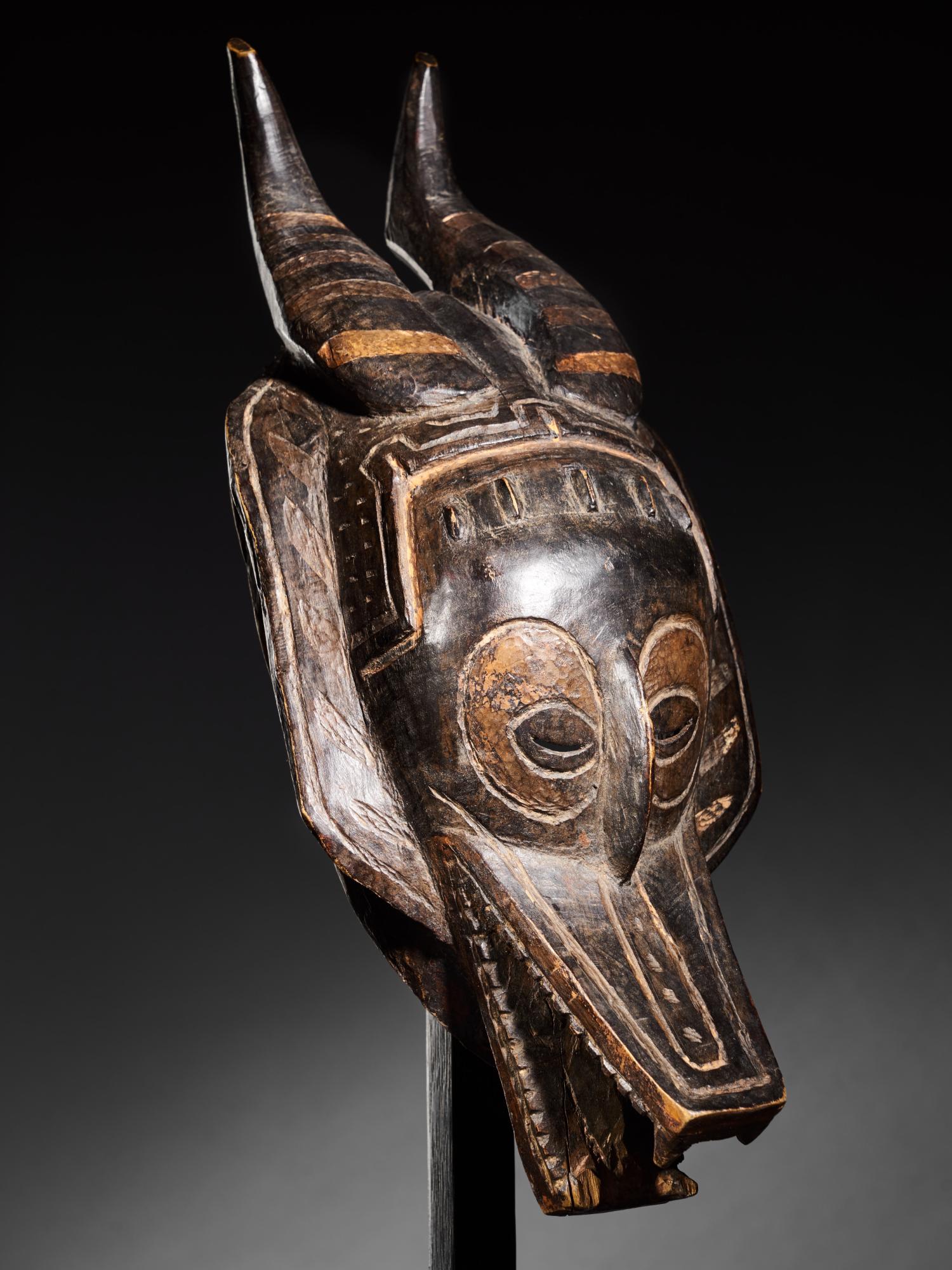 Among the tribal art, a beaded mask by the Grassland people of Cameroon from the 1950's is particularly noteworthy. It is 43cm high and a dancing group mask with typical blown-up cheeks and two abstract leopards figures on top. The colour of the beads make this mask a rare example and it is estimated at £3,000-4,800.

A rare Terracotta Ceremonial Altar Vessel of the Bariba People, Benin, is 40cm high and expected to fetch £5,000-8,000. The disc shape top was used as a lamp at funerals or by healers. Light was produced the help of balls of cotton wool dipped in karite fat which are then lit.

A Zamble half man, half animal mask from the second quarter of the 20th century from the Guro People of Ivory Coast, is 43cm high. Horns are the trademark of the Zamble mask-being, portraying the bushbuck antelope. The lot is estimated at £2,500-4,000. While a rare Kidumu disc shaped Amask from the Teke-Tsaye People carries the same estimate.

Other masks of note are a beautifully sculptured facemask by the Pende People with an asking price of £700-1,120 and an old and rare ‘Ekpo society’ mask by the Eket People, Nigeria is estimated at £1,250-2,000, while a Giphogo zoomorphic horned mask by the Eastern Pende People carries an estimate of £1,500-2,400.

An interesting bronze pendant of Saint Anthony of Padua by the Bakongo People, from the 1950s shows the strong Catholic influence in the Kongo Kingdom. It is only 10cm high and estimated to fetch £500-800. 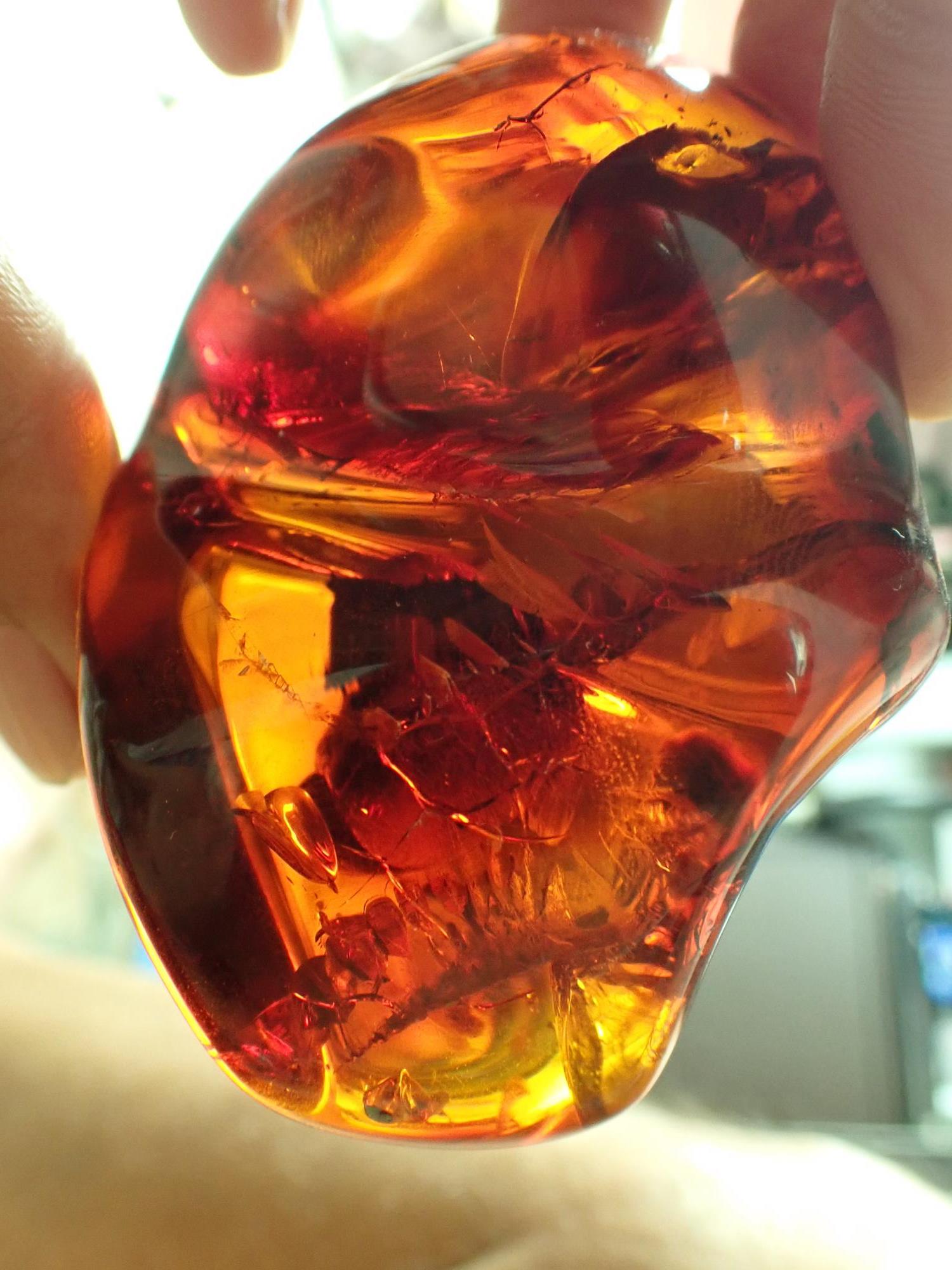 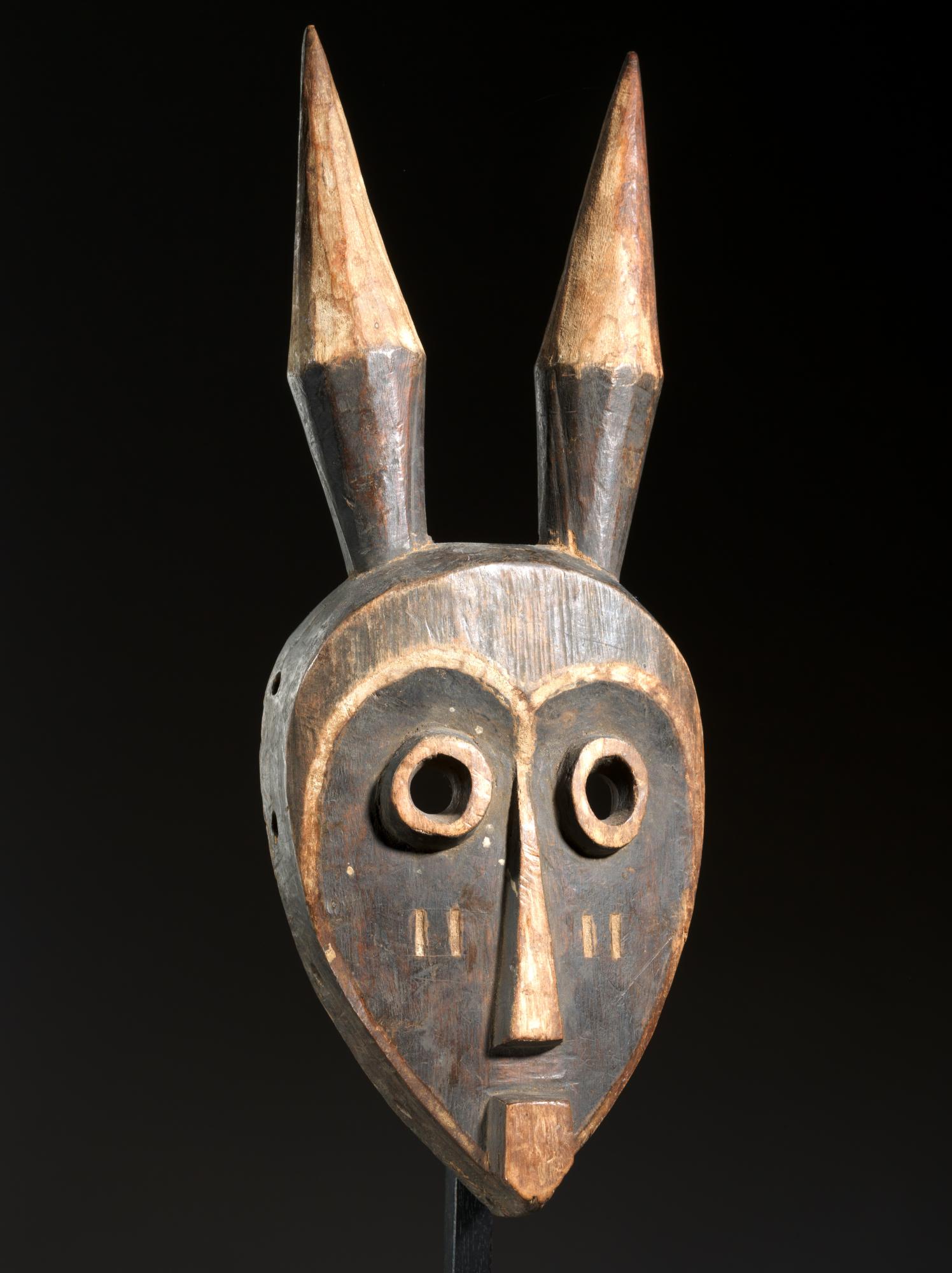 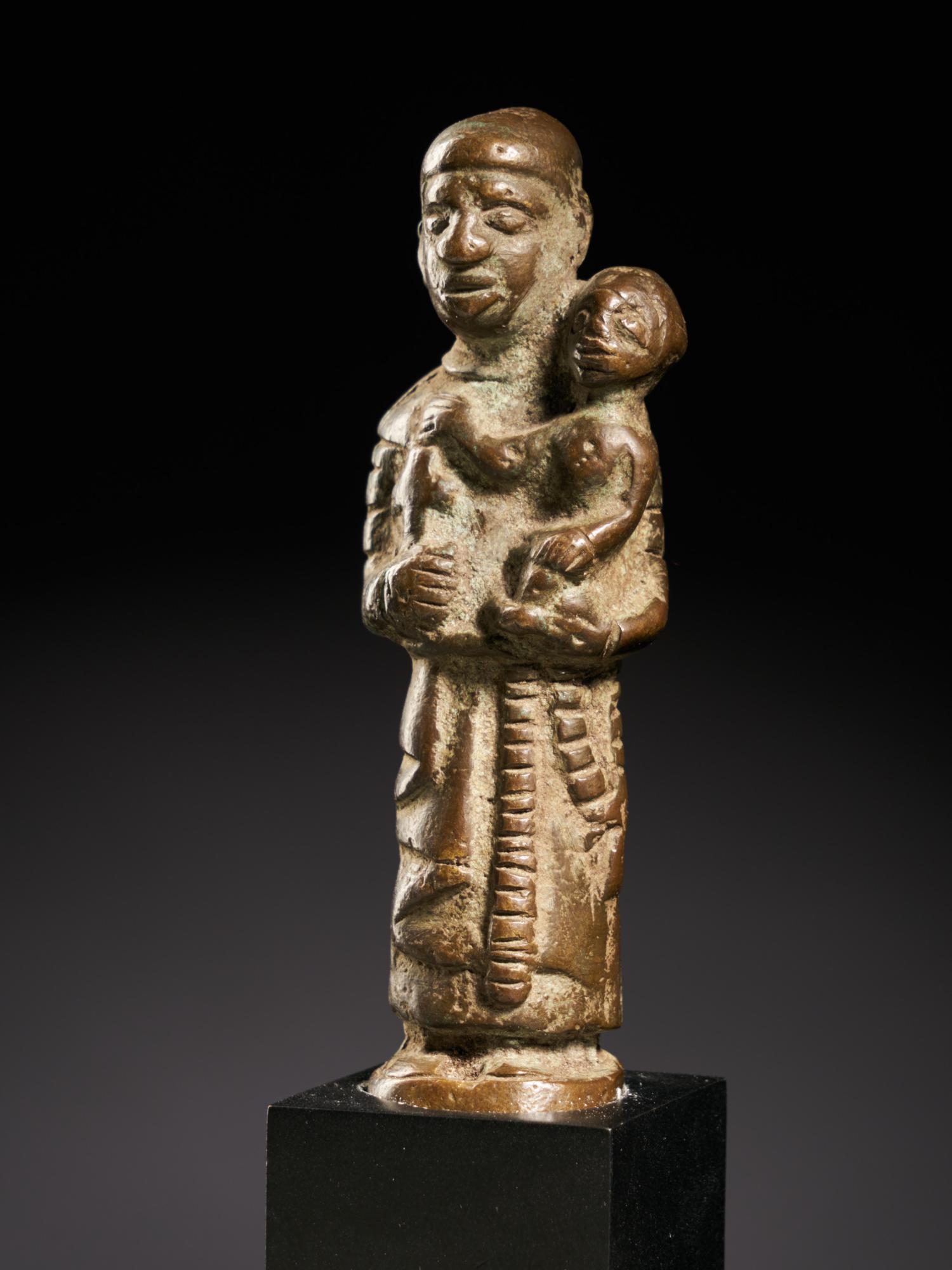 In addition, the auction will include the usual mix of minerals, garden furniture, statuary, and sculptures. The auction also includes the sale of the John Robinson collection, including some of the highlights of his work as a sculptor (see separate release). Among the more quirky items is a Shepherd's hut, which is estimated at £6,000 – 10,000.

An extremely rare Coalbrookdale cast iron occasional table from circa 1850 has a tilt top which is painted with a hunting scene and inscribed The death of a stag at Glen Tilt , on original castors. It is 70cm wide by 54cm deep and expected to sell for £2,000-4,000. The furniture style of this extremely rare Coalbrookdale table, would suggest a date of around 1835-40, making it a very early example of the world famous foundry compared to the vast output in the latter half of the 19th century. The hunting scene is after the famous painting by Sir Edwin Henry Landseer RA which he had painted especially for the Duke of Atholl and which portrays the Duke and his family and head keeper with the dead stag. 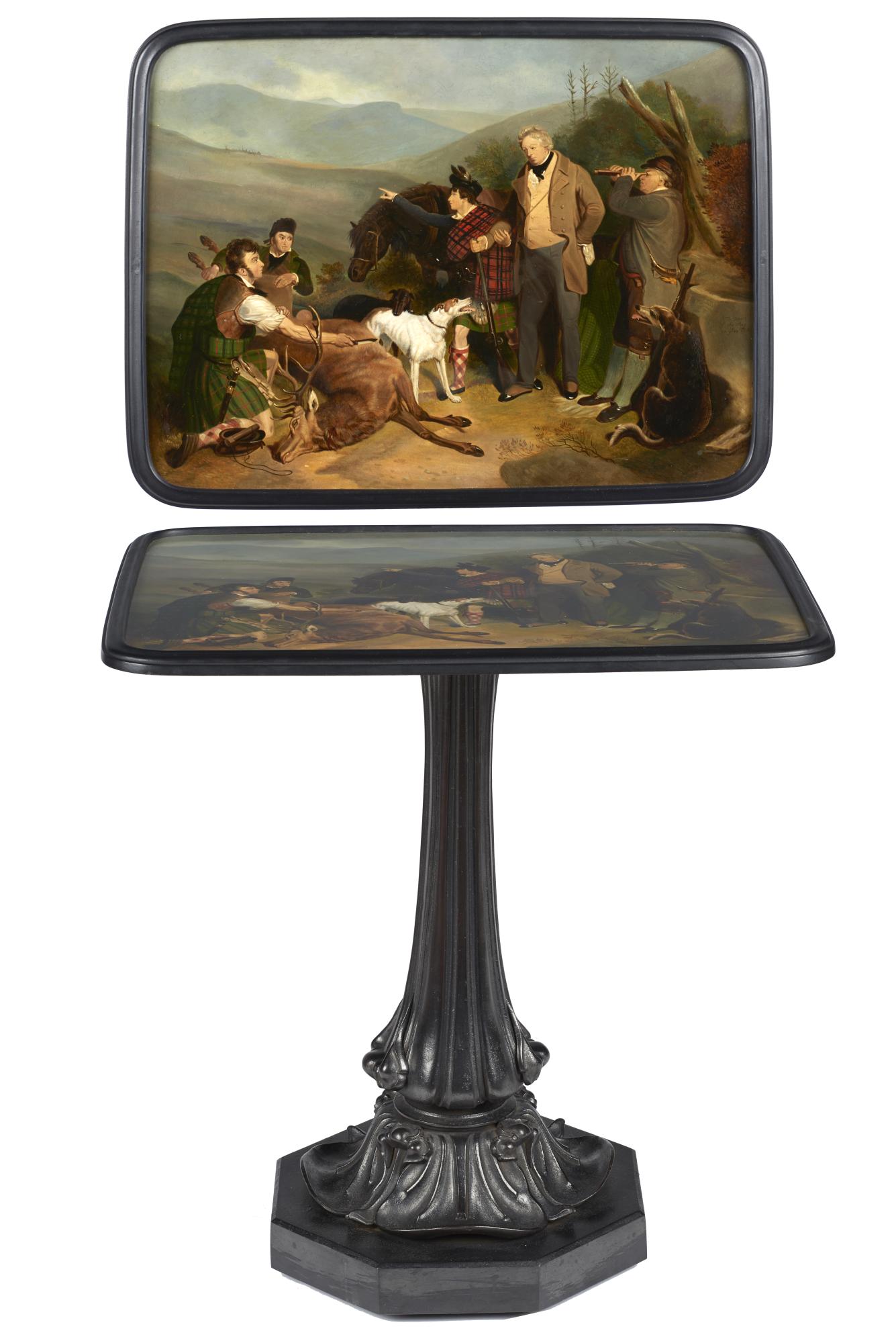 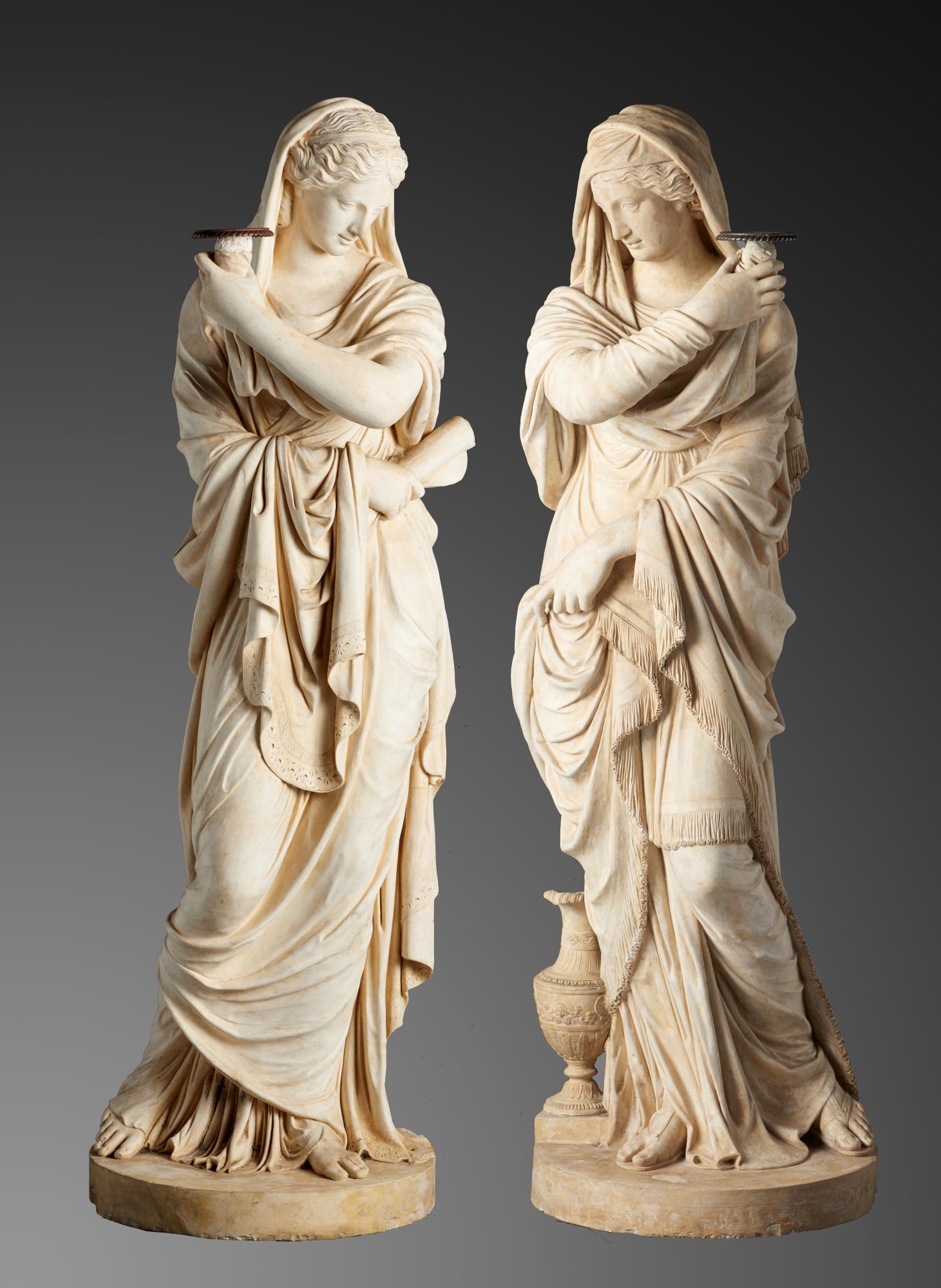 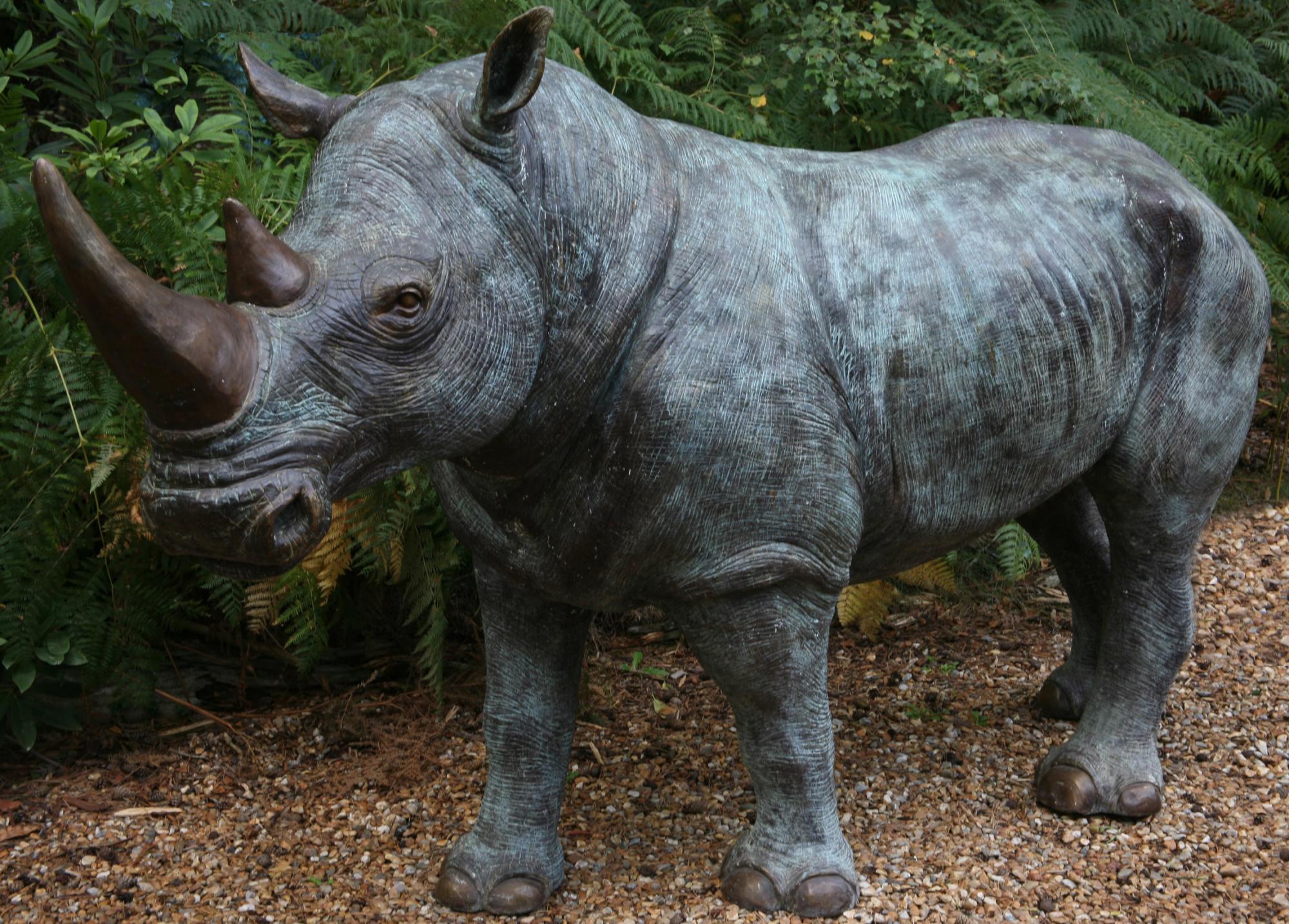 The auction includes also a rare late Coade stone figure of the Diana de Gabies (circa 1830-1840), the original of this statue was excavated by Gavin Hamilton in 1792 on Prince Borghese's property at Gabii outside Rome and it is estimated at £10,000 – 15,000, while an important pair of Coade stone figures of Vestal virgins, from the late 18th century carry an estimate of £30,000 – 50,000. They were listed in the 1784 Descriptive Catalogue of Coade's Artificial Stone Manufactory and they were almost certainly modelled by the leading Coade sculptor John Bacon.

For further information on the auction, please e-mail info@summersplaceauctions.com or call 01403 331331. 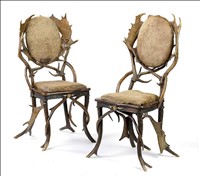