This is the eighth annual Summers Place Evolution auction, and this year's selection is as fine, if not finer, than any that have gone before.

The sheer variety and quality of the items featured is staggering in its intensity, and such is the intrinsic fascination of so many of the lots that it is difficult to choose highlights. Even the less highly priced items are wonderful examples of their kind.

Summers Place Auctions will be holding its eighth Evolution Sale on Tuesday, 24th November 2020 and this time the sale includes some phenomenal examples of former inhabitants of the oceans. Today, we are more concerned than ever about our oceans and these fine examples are not just decorative objects for our homes but a reminder of how fragile nature is.

Summers Place is proud to be able to offer a Coelacanth Painten for auction as this prestigious 200 million year old fossil is rarely uncovered and they almost never come up for sale. Coelacanths are one of the great icons of natural history and this impressive specimen is 46cm long and estimated at £30,000-50,000. The rather limb-like structure of the fins shows clearly how the evolution between fishes and amphibians could have begun to occur. More celebrated, however, is the spectacular nature of a living specimen in 1938! Several species had been known from the fossil record but all coelacanths had been considered extinct for almost 70 million years.

So when a freshly caught example was spotted by chance at an open air fish market in South Africa, the discovery caused a sensation. The coelacanth quickly became something of a ‘cause celebre’ among those who like to believe that long-extinct creatures might still survive in remote parts of the world. This particular example is especially fine, clearly showing all the features of coelacanths. It comes from therich deposits around the famous fossil localities around Solnhofen in Germany where so many wonderfully preserved creatures have been found 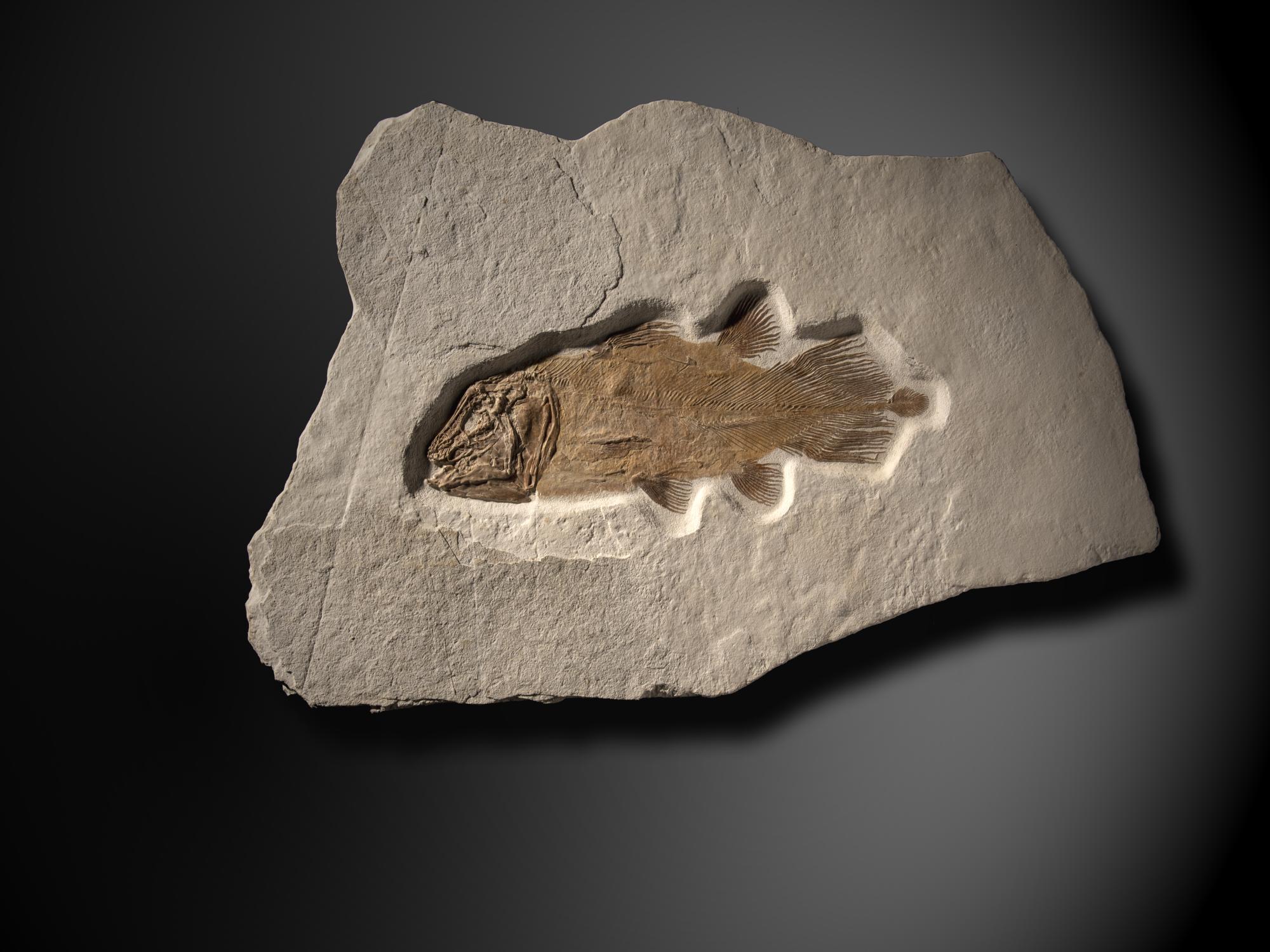