One of the advantages of our auction house is that we have sufficient space to store and display large items, both indoors and out. In this section, which definitely caters for “Toys for Boys” you will have the opportunity to buy pieces you never expected you could own …Not every house can accommodate a Soviet Cold War era 45ft long scramjet rocket, but it still found a good home in one of our recent auctions. 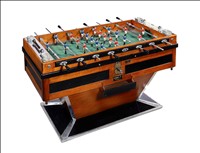