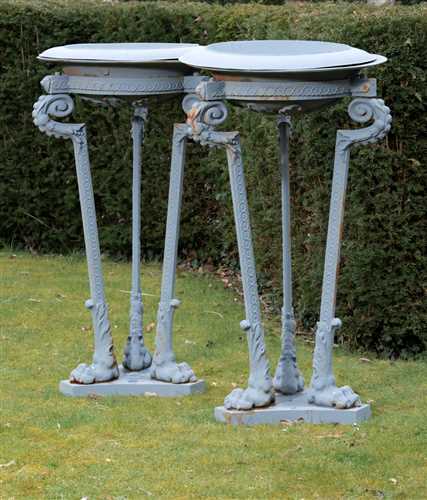 A number of these braziers originally lined London Bridge and are illustrated in a painting celebrating the arrival on 7th March 1863, of Princess Alexandra of Denmark in England for her marriage to the Prince of Wales, later Edward VII. The Times newspaper described the occasion stating that “on London Bridge the decorators had broken out into ravens, elephants, tripods burning incense and figures of huge Danish Warriors.”