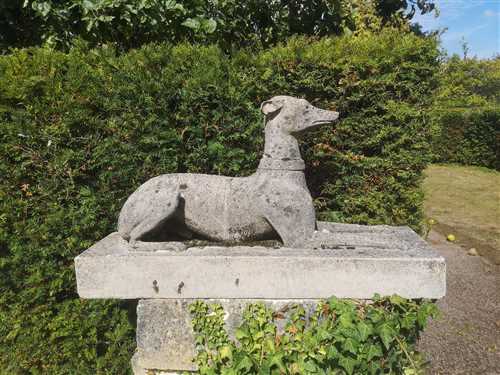 Felix Austin went into business in 1828 having bought moulds from a firm that had gone out of business. He established works in New Road, London, describing himself variously as an architect, statuary mason and sculptor as well as artificial stone maker. His material was not the same as the ceramic body used by Mrs Coade but made from Portland cement, broken stone, pounded marble and coarse sand (The Builder 1868).

However, like Mrs Coade, he encouraged leading architects and designers to work for him. Around 1840 he entered into partnership with John Seeley. Seeley had trained at the Royal Academy Schools and also made an artificial stone which he called artificial limestone, before entering into partnership with Austin. In 1841 they published their first catalogue, Pleasure Grounds etc. from their address in New Road. The preface begins “Austin’s Artificial Stone is of a light tint, requires no painting or colouring, will not sustain injury from the severest winter, and, being impervious to wet, is particularly applicable to all kinds of water works. Its superiority is now so thoroughly established, that the most eminent architects and scientific gentlemen have expressed, in their highest terms, their approbation of its durability, and close resemblance to the real stone”.

Condition report
Each ear nibbled and old possibly original crack around neck as they may have been made this way as its very straight and with old mortar suggesting original.