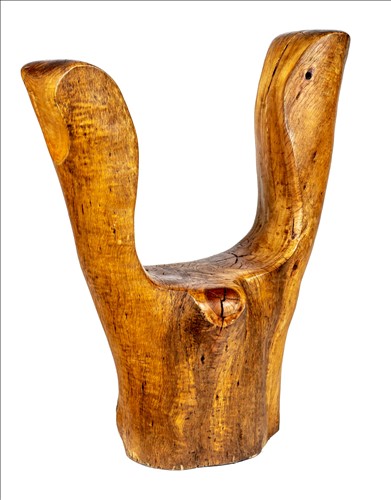 Adam Birch grew up on a large farm outside Cape Town, South Africa and his love of trees began as a child, playing in the forests. He studied at the University of Stellenbosch, achieving a Bachelors degree in Fine Arts in 2000, majoring in Applied Graphics, but always dreaming of becoming a full time sculptor. After his studies, he became a tree surgeon, and began to work in his spare time with pieces from the dead trees he was cutting down, transforming them into innovative sculpted furniture.

After his first exhibition in Kalk Bay in 2006, he began to receive private commissions. His work has been on sale at Anthropologie in New York and London and can be seen at 5 star game lodges throughout Southern Africa.

After three years of studying timber construction in London, Adam returned to Cape Town in 2015 to work full time with wood.