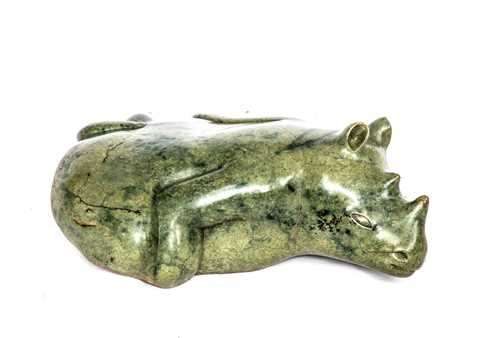 Born in 1942 in the Chiota Reserve, near Marondera. After leaving school Sylvester worked as a tobacco grader and moved to Harare in 1966 to seek employment at the Chibuku Breweries. In 1967 he joined the Sculptors Community at Tengenenge. Later he was a founder member of the Vukutu Workshop School established by Frank McEwen who much later in 1987 said of him “Certainly when I knew him he was by far the greatest sculptor there. I have tremendous admiration for him - some of his work is as great as anything in the world.”

Sylvester now lives and works in Chitungwiza. His work is inspired by a world of spirit and supernatural forces often fusing people and the animal world. Skeletons inspired his early work. He has exhibited extensively since 1968 in many parts of the world and has work in major collections in Europe and North America.