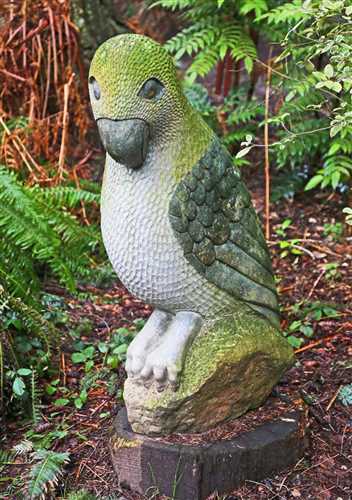 World-renowned Zimbabwean stone sculptor Locadia Ndandarika has lived a remarkable life for a woman who started her career poor and illiterate. Having travelled and exhibited all over the world, she’s currently on an extended visit to London where some of her seven children live and where she plans to exhibit before she returns to Harare in early 2014.

One of the first women to start sculpting in stone in modern Zimbabwe, Locadia can rightly be called one of the mothers of stone sculpture. As a young girl, she learnt to make clay models of animals using traditional methods and became interested in carving stone through her late husband Joseph Ndandarika, a prominent first generation sculptor of the movement seen as a local art renaissance when it started in the 1960s. However, he frowned on women sculpting so Locardia started to sculpt secretly when he was away fishing and buried her work in the maize field before he returned.

She has exhibited and held workshops in the United States, Belgium, Netherlands, Sweden, Denmark, South Africa and New Zealand, at such prestigious venues as the Museum of Modern Art in New York and Musee Rodin in Paris.

She was invited to exhibit during the 1990 Commonwealth Games in New Zealand, where her work ‘Spiritual Cave’ is still on public display in the Timaru Botanical Gardens.