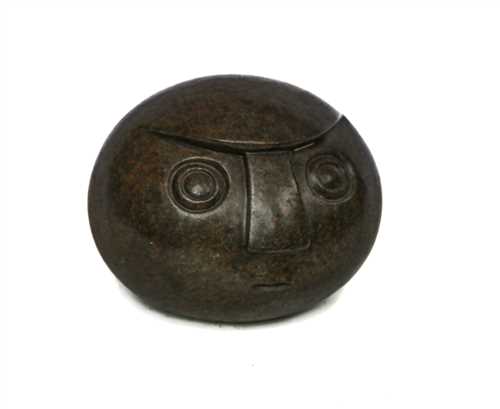 Edward Chiwawa was born in 1935, in a district northwest of Guruwe, about 150 km from the capital Harare. He learned sculpting from his cousin Henry Munyaradzi.

From 1971 to 1973, Edward Chiwawa lived in the artist colony of Tengenenge, after that he moved to Harare. He often uses strongly abstracted, round human faces as his motive. There is a captivating magic that shines from those faces and their expression of ernst fascinates the observer.