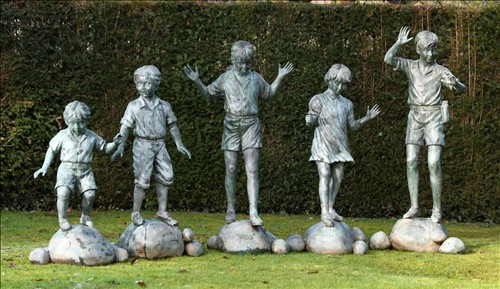 
Statuary: After Eneri Prosperi: A bronze group of five children each standing on stepping stones

Although the identity of Leonardo Rossi is unknown, it is believed to be the pseudonym for a foundry copying other studio’s work. These bronzes would appear to have been cast 20-30 years ago and are of a similar quality to another identical group of bronze children by the Eneri Prosperi studio, sold by us, lot 15, 28th March, 2017, hammer price £21,000.