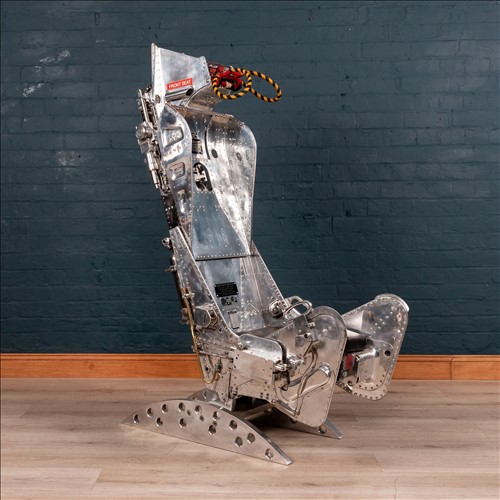 Martin Baker Aircraft Co. Ltd. is a British manufacturer of ejection seats and safety-related equipment for aviation. The company’s origins were originally as an aircraft manufacturer before becoming a pioneer in the field of ejection seats. The company claimed in 2016 that since the first live ejection test in 1946, a total of 7,545 lives have been saved by the company’s ejection seats. This seat is a Mk 3 seat, decommissioned, reconditioned with a leather cushion seat was originally made for the Royal Air Force Canberra Jet which were in operation in the early 1960s. The English Electric Canberra was a first generation jet powered light bomber, capable of high altitude flight, making it a perfect tactical nuclear strike bomber. The Canberra was retired from service from the RAF in 2006, 57 years after its first flight.