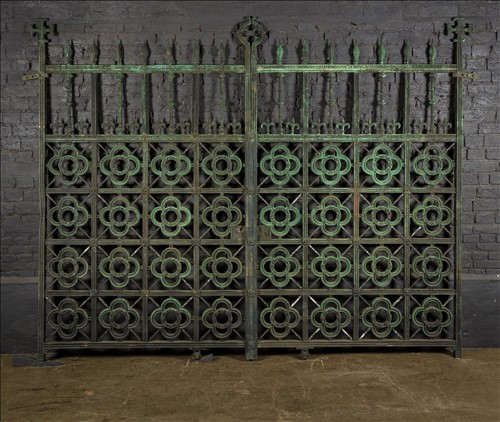 The cathedral was constructed between 1882 and 1910 as a parish church dedicated to John the Baptist, on the site of the Norwich City Gaol. The funds for its construction were provided by Henry Fitzalan-Howard, 15th Duke of Norfolk. He funded it as a generous gift to the Catholics of Norwich as a sign of thanksgiving for his first marriage to Lady Flora Abney-Hastings.

In 1976, it was consecrated as the cathedral church for the newly erected Diocese of East Anglia and the seat of the Bishop of East Anglia.

Built in early English gothic style, the architect was George Gilbert Scott Jr, 1839 -1897, known in later life as ‘Middle Scott’. He was the eldest son of Sir George Gilbert Scott, and father of Sir Giles Gilbert Scott and Adrian Gilbert Scott, all also renowned architects. During the 1860 and 1870s he worked for his father in his architectural practice before founding Watts and Company in 1874. He masterminded the main buildings of Dulwich College in South London. Some of his finest works, the churches of All Hallows, Southwark (1877), and St Agnes, Kennington (1880) were destroyed by Second World War bombing.

Often overshadowed by both his father, who had the largest and most prestigious architectural practice in the country, and later by his son, the last years of his life were marred by mental instability and excessive drinking. He died in the Midland Grand Hotel, St Pancras, a building designed by his father, of cirrhosis of the liver.