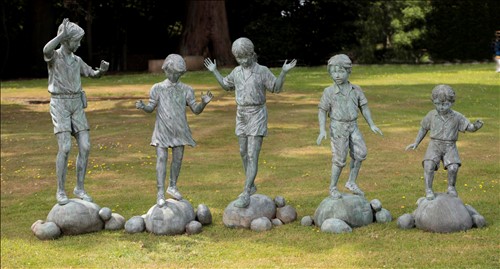 
Garden statues: After Eneri Prosperi: A bronze group of five children each standing on stepping stones