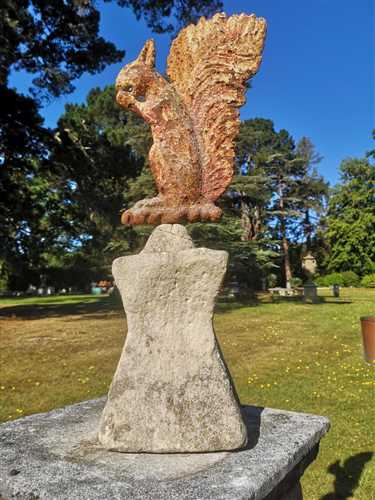 
Architectural: A rare cast iron armorial of a squirrel

on later carved stone base

The torse beneath the squirrel suggests that this was probably one of a pair of one off commissions possibly to stand on gate piers as a family crest.

In heraldry, a torse or wreath is a twisted roll of fabric laid about the top of the helmet and the base of the crest. It has the dual purpose of masking the join between helm and crest, and of holding the mantling in place. Fairburn’s Crests of the Families of Great Britain and Ireland records a number of families whose crest is a squirrel in a similar pose.