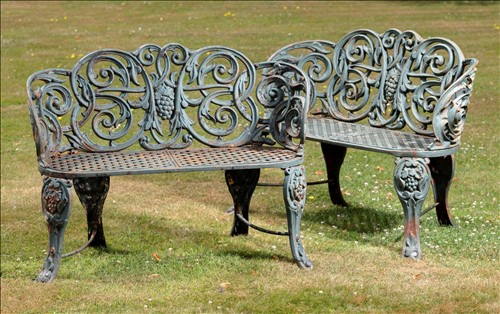 Joseph Winn Fiske established an ornamental ironworks in 1858 in New York. The firm grew quickly and made all manner of products in cast iron, zinc, wirework and wrought iron. The company specialised in garden ornament but sadly not all items were stamped. It is believed that the Company ceased to trade in 1933. This seat pattern is illustrated in their early 20th century catalogue as No 204. (See engraving)