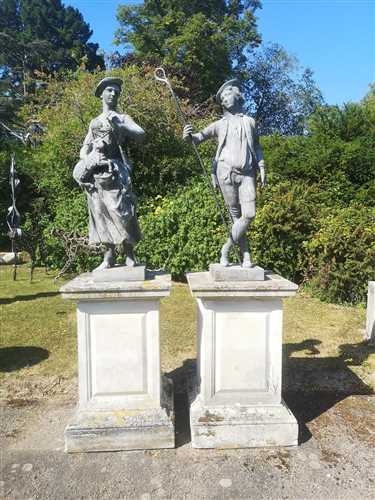 
Garden Statues: After John Cheere: A pair of lead figures of a shepherd and shepherdess

John Cheere was first in partnership with his brother Sir Henry Cheere, but took over John Nost’s yard and his moulds for lead figures in about 1739. Until his death in 1787 he was the leading producer of lead statuary as well as working in plaster. Contemporary accounts of his yard, which was situated on Hyde Park Corner indicate that his oeuvre was very varied and included rustic figures, shepherds and shepherdesses as well as classical statues and busts from antiquity.