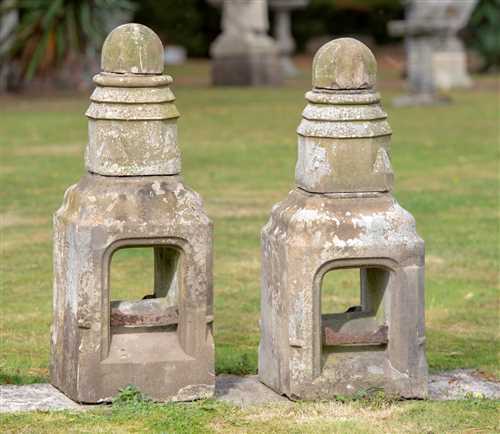 Provenance: Reputedly removed from Ashway Gap House, near Oldham in the Peak district.

Built around 1850 in a Neo-Gothic style by the MP John Platt as a shooting Lodge. John Platt, together with James his brother, were both MPs and partners in Platt Bros. & Co. a highly respected textile machinery company based in Oldham and founded by their father Henry. James was tragically killed in a shooting accident in 1857. The house was subsequently bought by the local waterboard and was variously used as a WWI hospital, an Italian POW camp in WWII and then after falling into disrepair was finally demolished in 1981.